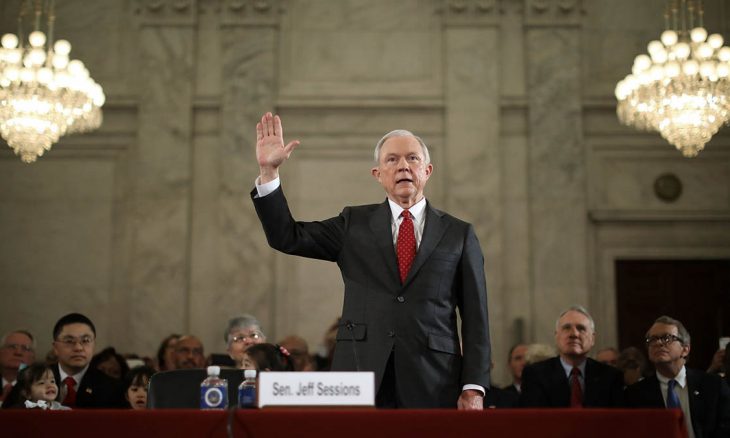 Former Republican Senator Jeff Sessions is now the former U.S. Attorney General, after retiring from office on Wednesday. Sessions’ resignation came at the request of President Trump. The President is yet to choose a replacement, with Matthew Whitaker stepping in to serve in the interim.

Jeff Sessions Exit Was Not Unexpected

Political observers and Washington insiders had expected that Sessions would be replaced after the midterm elections. President Trump has made no secret of his disappointment in Sessions during the last year. Trump even said of Sessions in September that “I don’t have an attorney general”, which set off weeks of speculation in the media.

While Sessions was one of the earliest supporters of President Trump during his campaign, he was later seen to be ineffective, distancing himself from the ongoing Mueller investigation by handing control to his deputy and claiming a conflict of interest. Since then, he and the President have had a strained relationship, which has culminated in Sessions being pushed out of the Justice Department this week.

Senior aide Matthew Whitaker, who now serves as interim Attorney General, is a critic of the Mueller investigation that is probing foreign interference (specifically Russian) in the 2016 presidential election. The investigation has so far led to several high-profile indictments, pleas, and convictions for federal crimes.

After being promoted to the interim position, Whitaker told the media that “I am committed to leading a fair Department with the highest ethical standards, that upholds the rule of law, and seeks justice for all Americans.”

Republican Senator for Utah, Mitt Romney, posted a Twitter message this week that both thanked Sessions and reminded the administration that the Mueller investigation must continue. Romney said “I want to thank Jeff Sessions for his service to our country as Attorney General. Under Acting Attorney General Matthew Whitaker, it is imperative that the important work of the Justice Department continues, and that the Mueller investigation proceeds to its conclusion unimpeded.”

Democratic Senator Chuck Schumer was more direct in his commentary, saying on Wednesday that “Given his previous comments advocating defunding and imposing limitations on the Mueller investigation, Mr. Whitaker should recuse himself from its oversight for the duration of his time as acting Attorney General.”

President Trump has denied any intention to end the investigation.

Sessions’ exit is one of the biggest stories to come from the aftermath of the midterms. The Republican party extended its lead in the Senate while conceding the House of Representatives to a Democratic majority. Investment markets performed well in the day following the elections, and many analysts now believe that a rally is possible for the end of the year, as the political situation in Washington begins to stabilize.