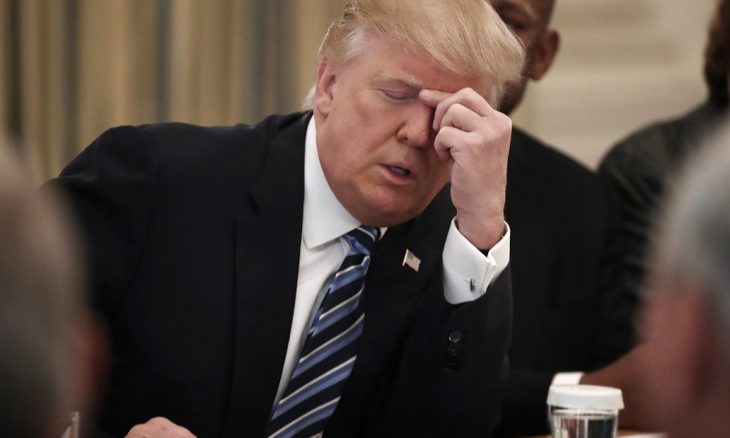 The Economy in the United States is the strongest that it has been in years, and President Trump has been in office for some of its biggest leaps. Despite huge wins on trade, and record low unemployment figures, the President still believes that there is a major threat to his policies and growth overall.

In an interview with Fox Business News, Trump called out the Federal Reserve directly, and it’s not the first time this year.

Trump is Unhappy at the Speed of Interest Rate Hikes

Fox Business News revealed statements from an interview that will air later today, with the President saying that “I’m not happy with what he’s [Jerome Powell – Fed Chairman] doing because it’s going too fast.”

Powell was nominated by Trump to lead the Fed and has since authorized regular interest rate increases throughout the year. Trump elaborated, telling Fox that “the last inflation numbers, they are very low.”

Trump, like many others in the government and the investment world, believes that the Fed is raising interest rates at a pace that is not in line with economic growth and inflation. While Trump did call the Fed his “biggest threat”, he did not outright say that officials were doing a bad job. Trump instead provided an open statement, acknowledging his nomination of Powell by saying that “I put him there and maybe it’s right maybe it’s wrong, but I put him there. I put a couple of other people there I’m not so happy with too but for the most part I’m very happy with people.”

It is expected that the Fed will increase rates one more time in 2018, and up to three more times during 2019/20. The Fed operates independently of the executive branch, and Powell will remain in his position as chairman until 2022.

Interest rates increase the cost of lending for both consumers and corporations and can impact the price of goods. Despite rate increases, the economy is performing exceptionally well, and has been recognized internationally.

The World Economic Forum released a study on Tuesday with global rankings for economic competitiveness. The United States was named the “ideal state”, with a total rating of 85.6 out of a possible 100. The United States beat Singapore, Germany, Switzerland, and Japan in the top five.

While the Fed is having an impact on business and investments, it is not enough to slow the growing economy. President Trump has so far led for a period of economic prosperity that has not been witnessed in this decade.