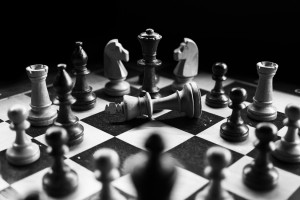 The United States – China Trade War has dominated headlines throughout much of 2018. When tensions reached their peak earlier this year, it looked like the nation would be heading for a long tit-for-tat trade war with China, one of our most important trading partners, but also one with a huge deficit that simply wasn’t stacking up.

In a tweet in early April, President Trump even went as far as saying that there was no trade war, because we had already lost.

The President posted “We are not in a trade war with China, that war was lost many years ago by the foolish, or incompetent, people who represented the U.S. Now we have a Trade Deficit of $500 Billion a year, with Intellectual Property Theft of another $300 Billion. We cannot let this continue!”

Even before being elected to the highest seat of our government, Donald Trump was known for being frank in his Tweets. Throughout his presidency, Twitter has remained his preferred method of communication.

Despite some denouncing the tweet as inflammatory, it resonated strongly with many business owners and citizens in the United States. The growth of China’s economy and the offshoring of manufacturing has led to job losses, while big corporations profited by reducing their manufacturing costs. A trade war threatened to damage more businesses, but the sentiment behind it was not difficult to empathize with.

Now, as we move towards the halfway point of the year, it seems that tensions are easing, and Washington has entered into new trade agreement talks with Beijing representatives. This politically charged saga could soon come to an end.

We may already be seeing progress, as China announced on Tuesday that it would be reducing import tariffs on foreign cars to 15%. Previous tariffs were 25% of the vehicle value. The auto industry has been a significant talking point between both countries in trade negotiations, and this is an indicator that U.S. automakers could soon compete in China on fairer terms.

President Trump tweeted on Wednesday “Our trade deal with China is moving along nicely,” but also noted that “we will probably have to use a different structure.” The President was referring to the metrics that would be used to determine how well we are doing, post-negotiations.

Stock Futures Are Up

Stock market futures have been up following the cooling tensions, with the Dow, S&P 500, and NASDAQ all posting minor increased futures ahead of Thursday trading. Gold futures were also up, while oil was down slightly, which could be relieving for general consumers who are weary of gas price increases.

In many ways a strong Chinese economy is good for the United States, but trade needs to flow both ways for all of the benefits to be felt. President Trump’s approach to the trade war has been a sore point for some observers, but there’s no questioning that the deficit needs to be addressed, and this is the first time in recent history that any leading politician has attempted to do so.