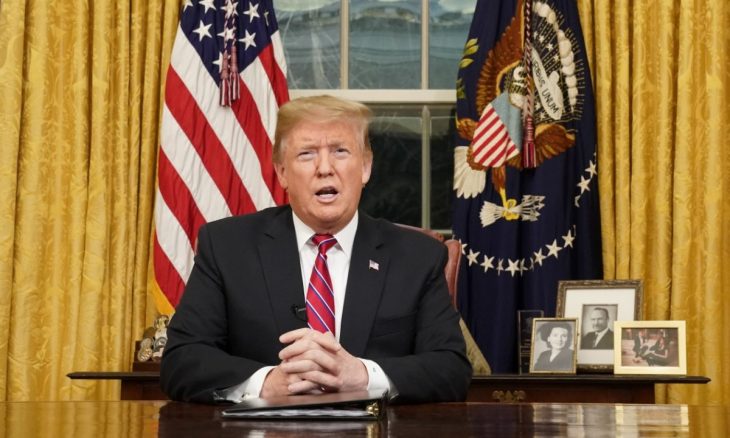 President Trump addressed the nation on Tuesday night, appealing for support for a border wall while also justifying his current position on the government shutdown. The President referred to the current migrant situation as a “crisis of the soul” and said that it is “absolutely critical” that funding is provided to build a steel barrier wall.

As of Wednesday morning, the government has been partially shut down for 19 days, resulting in the interruption of key departments, including the IRS, National Parks, Homeland Security, and Health and Human Services.

The President implored Democratic lawmakers to meet his funding demands to reopen the government and start the construction of a border wall.

Messaging from the Democrats will resonate with millions of Americans, even those who traditionally vote on the other side of the spectrum. Funding and reopening the government would bring critical services back online. Currently, the shutdown threatens to delay tax refunds, and up to 800,000 federal workers will have pay checks delayed. The shutdown may also interrupt FHA home loan applications.

A Complex Problem That Could Last for Months

President Trump himself admitted that the shutdown could drag on for months if lawmakers are unable to reach an agreement on funding. The political stakes are extremely high, and a longer shutdown could damage the reputation of the White House as well as lawmakers in Congress.

Democrats are acutely aware that their position could make them appear as obstructionists, which is why they have offered funding bills for everything except the border wall. For President Trump, backing down on his demands for funding would contradict his messaging regarding the severity of the migrant problem.

The shutdown is now the second longest in history, and if it persists through this week, it will become the longest ever endured. While there is strong support for the erection of a barrier along the southern border, this could quickly be eroded as the shutdown threatens to impact the lives of everyday citizens.

Has the President succeeded in his messaging, and is his position justifiable even as 25% of the government remains closed? The topic will be hotly debated throughout the rest of this week, and for as long as the shutdown persists.