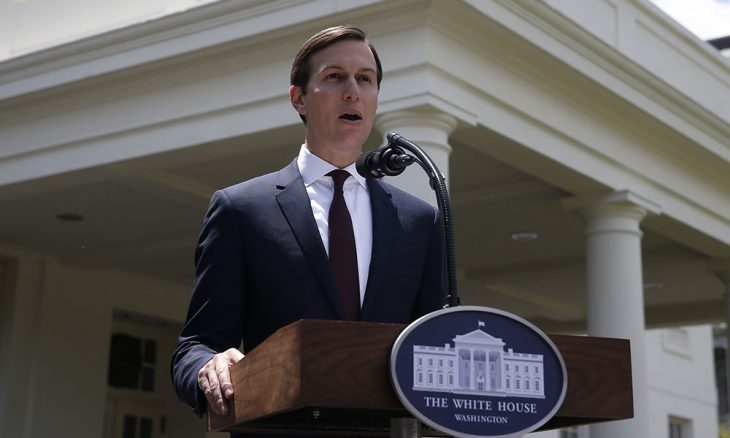 President Donald Trump has promised to shake up the immigration system by curbing illegal entries at the border and implementing a merit-based policy. Jared Kushner, the President’s son-in-law and senior advisor has now brought the latest White House proposal to key Senators.

The White House plans to attract highly skilled immigrants through a merit-based system. Following a meeting this week with Republican Senators, a White House official said that the key goal would be to “make sure that we’re not bringing in low-skilled labor.”

In creating its latest proposal, the White House studied the strict immigration systems in place in Singapore, Canada, Japan, and New Zealand. The White House and Jared Kushner worked closely with the Council of Economic Advisers to develop its proposal.

Bringing highly skilled labor into the country could raise wages overall, according to the White House, although no official has yet elaborated on how this would happen.

Details of the latest proposal are likely to be released publicly in some form, after being presented to legislators in both the House and the Senate.

Implementing a merit-based system for legal immigration should not be difficult. However, the bigger issue of illegal and low-skilled immigration remains a sticking point for both parties.

Jared Kushner told Senators that the White House would seek to upgrade the technology used at ports of entry. This would improve Visa processing and could potentially prevent the entry of undesirable migrants. Senator Ted Cruz, who was present at the meeting, said in a statement that “The principal focus was border security, closing the loopholes that right now are mandating catch-and-release and helping cause the crisis we have at the border.”

President Trump has struggled to curb illegal immigration, with strong pushback from Democrats on several his policies, including the construction of a permanent security wall on the southern border.

Jared Kushner has privately briefed both politicians and lobbying groups on the latest proposal, but not all are pleased with the content. The Center for Immigration Studies stated this week that moving to a merit-based system would not appease either Democrats or Republicans. The Federation for American Immigration Reform also said this week that without reducing numbers, President Trump risks breaking one of his key campaign promises.

The details of the proposal could be made public in the coming weeks. Has the President done enough to curb both illegal and legal immigration, or should the White House take a firmer stance to protect American jobs and the wider economy?