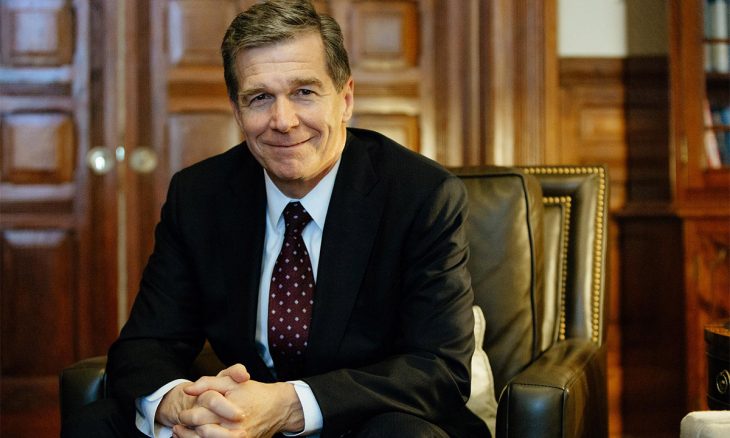 With the Coronavirus Pandemic still rapidly spreading in America, several states are maintaining restrictions on large events where social distancing would be impossible. More than 1.8 million COVID-19 infections have been confirmed in the U.S., with 107,648 deaths as of Wednesday morning. The planned August GOP Convention in North Carolina has now been canceled due to pandemic concerns, with President Trump blasting the Democratic Governor for blocking the event.

The President announced on Tuesday that his party would look for another state to hold the convention. The Commander in Chief didn’t hold anything back when criticizing North Carolina Governor Roy Cooper.

He said in a Twitter post that the convention “Would have showcased beautiful North Carolina to the World, and brought in hundreds of millions of dollars, and jobs, for the state.”

The GOP wanted to hold a fully booked convention without any scaling down, despite the Federal government’s recommendation that public gatherings be limited during the Coronavirus Pandemic. Cooper wrote in a letter to Republican leaders that “The people of North Carolina do not know what the status of COVID-19 will be in August, so planning for a scaled-down convention with fewer people, social distancing and face coverings is a necessity.”

It appears that the Governor would have been flexible if the GOP would have scaled down its plans, rather than moving ahead with a 50,000 person convention with full capacity restaurants, bars, and hotels in support of it.

Republicans had expected that they might have difficulty in North Carolina. Party officials have already been scouting for other locations, with Nashville and Las Vegas reportedly being on a shortlist. Both cities have expressed interest in hosting the convention.

Event Would Have Been a Huge Boost to Local Economy

America is beginning to reopen, with states relaxing some of the restrictions that were implemented at the peak of the health crisis. This latest development is interesting because it shows that some state leaders are unwilling to take risks on large gatherings, even if they would provide important economic stimulus during a time when unemployment has hit a record high.

The convention was months in the planning. Organizers had intended to implement safety measures, including daily temperature checks and frequent sanitization of facilities.

Governor Cooper is being consistent with rules that his state has established during the pandemic, but it’s difficult not to imagine that there is some political motivation underlying the decision.