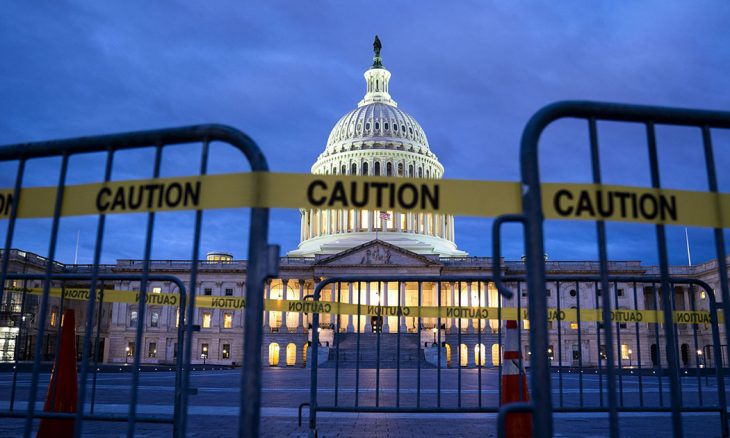 According to a Monday report from the Congressional Budget Office, the U.S. economy lost $11 billion lost throughout the 35-day funding lapse.

The partial federal government shutdown has ended, with Congress and the President approving funding through to February 15th. While the government works to implement a new bill that would secure long term funding, the cost of the shutdown is looming over Washington D.C.

The shutdown started late in 2018, with funding lapsing on December 22nd. However, the impact to the economy was high, with the Budget Office estimating that $3 billion of economic output was lost in the final days of last year. $8 billion was lost in the current quarter.

An additional $18 billion in government spending was delayed during the shutdown, but this will not have a permanent impact on the economy. It is expected that GDP in the second quarter of this year will be higher than usual as the government and furloughed employees make up for spending that was missed during the last month.

The real impact is likely to be even higher than the figures that the Budget Office has released. Lost economic potential from federal permits and loans cannot be easily quantified or calculated. A statement released by the CBO on Monday said that “Such factors were probably beginning to lead firms to postpone investment and hiring decisions. The negative effects of such hurdles would have become more significant if the shutdown had lasted more than five weeks.”

The government may be open now, but funding has only been approved for a period of 21 days. If lawmakers can not reach a new deal with the President by February 15th, then it is possible that the government will close again.

President Trump told the Wall Street Journal on Sunday that another shutdown is “certainly possible.” When asked whether lawmakers would be able to strike a deal that works for both Democrats and Republicans, Trump said that “I personally think it’s less than 50-50.”

Border wall funding of $5.7 billion is likely still off the table for Democrats. As a central issue in the previous shutdown, it could become a point of contention again in upcoming negotiations.