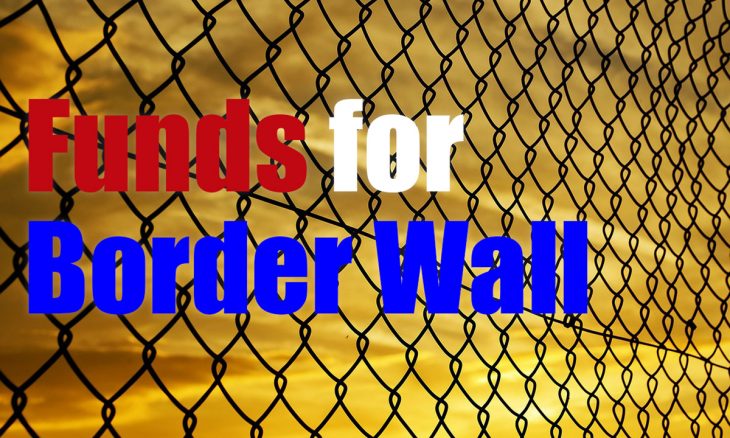 President Trump has repeatedly tried to gain border wall funding through Congress but has been rebuffed with every budget so far. Democrats and even some within the Republican party have been unwilling to provide full funding for the project.

Unhappy with the lack of action from lawmakers, the Administration is looking elsewhere for funding. As of this month, money will be diverted from military construction funds to pay for upgrades along the border.

In mid-February, President Trump issued a proclamation declaring a national emergency along the southern border. This set the foundation for the diversion of military funds.

At the time, Trump received heavy criticism, but the Administration has continued to push ahead, sometimes quietly, to complete the wall that was promised during Trump’s run for office.

With the number of hopeful migrants and asylum seekers at the southern border hitting a ten-year high last month, it’s unsurprising that the White House has continued to explore alternative funding paths.

According to a document sent to lawmakers this week, up to $3.6 billion of the military budget will be diverted to build border fortifications. Almost half will come from funds for base upgrades in the United States and abroad. The rest will come from undisclosed projects.

The Pentagon has stated that no money will be taken from military barracks, family housing, or projects that have already been approved. This should minimize the impact on day to day operations and any short-term projects.

Several Democratic senators signed a letter sent to Defense Secretary Mark Esper this week, saying that the decision to divert funds would damage the relationship between lawmakers and the Department of Defense. Senators also demanded “full justification of how the decision to cancel was made for each project selected.”

Some key Republicans are also likely to be unhappy about the diversion of funds, although it is unlikely that any will openly criticize the decision.

There’s no question that border security should be a major focus of the government today. While diverting military funds to circumvent Congress is not ideal, it is seemingly the only option left after lawmakers have repeatedly refused to fund a border wall.