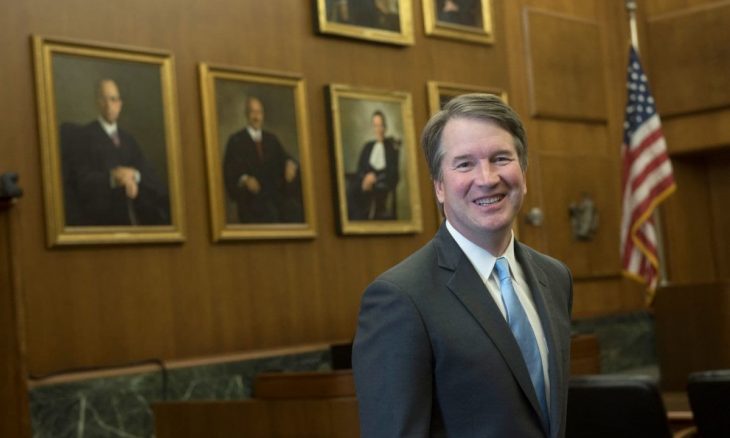 Supreme Court nominee, Brett Kavanaugh, has been under threat in the last week as a controversy has erupted over a sexual assault allegation from deep in the Judge’s past. For Democratic Party senators, this has become a key point that could lead to a vote against Kavanaugh in the final decision of his appointment. Although there are still some Republican senators who are undecided about his future, the majority of the GOP and President Trump himself are confident that Kavanaugh will make it through the voting process.

President Trump Weighs in on the Political Controversy

President Trump was in North Carolina on Wednesday, touring areas that have been severely impacted by Hurricane Florence. In the closing moments of a public speech, Trump took time to weigh in on the Kavanaugh situation. Trump told attendees that Kavanaugh has an “unblemished record.” He also called out Kavanaugh’s accuser, saying that “I really want to see her. I really would want to see what she has to say. If she doesn’t show up, that would be unfortunate. This is a very tough thing for him [Kavanaugh] and his family. And we want to get it over with. At the same time, we want to give tremendous amounts of time.”

The President is alluding to a possible appearance of Christine Blasey Ford, the woman who is accusing Kavanaugh of a sexual assault that took place while the two attended high school. Ford may yet appear before the Senate to testify. Ford had previously requested that the FBI perform an investigation into the allegations, a request that has been denied by the senate so far.

President Trump’s comments will be particularly surprising for people on both ends of the political spectrum. Usually outspoken and extremely confident in his conviction, Trump is taking a moderate and distant approach to the situation. This is an indication that the President would like to see appropriate process followed, with an impending vote in the Senate.

Kavanaugh is Appointment is Critical for the Current Administration

As President Trump’s handpicked nomination, Kavanaugh is critical to both the administration and the GOP. His lifetime appointment to the Supreme Court is seen as being the best option for Republican interests moving forward. Kavanaugh is sympathetic to businesses, and his past rulings have resonated strongly with Republican ideals.

The Senate have set a deadline of Friday for Ford to testify in front of lawmakers. A vote on Kavanaugh’s appointment will follow shortly thereafter, most likely in the last week of September.