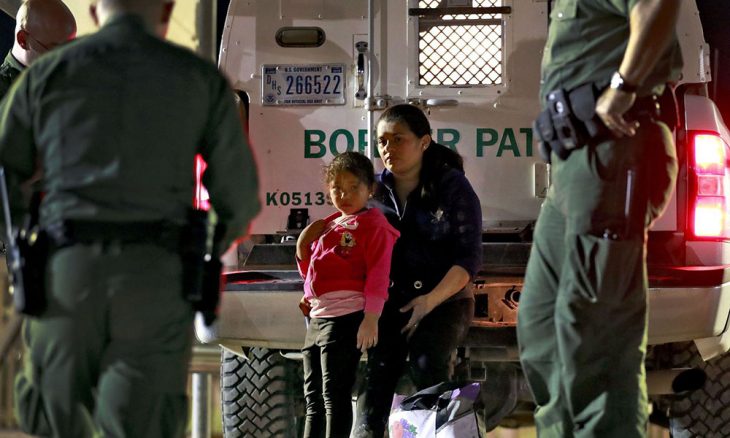 President Trump’s administration will relax one of its major immigration policies this week. As of today, government agents will stop detaining some migrant families at the border. Officials aim to reduce overcrowding at Immigration and Customs Enforcement (ICE) detention facilities.

This is a major change for the administration. Notably, it goes against President Trump’s previous pledge to end the “catch and release” policy.

An increasing number of migrants has led to severe overcrowding at some ICE detention facilities, putting vulnerable families and children at risk. Detentions have drawn criticism in recent months. In November, a migrant child died after leaving an ICE facility. The Child’s Guatemalan family claimed that necessary healthcare was not provided under government detention.

ICE has three families detention centers in the Rio Grande Valley region with capacity for several thousand people. Under the current law, families traveling with children can be detained for up to 20 days.

Under the new policy, agents will release families to be processed for deportation or asylum cases at a later date. There are some concerns that the “catch and release” process will lead to illegal migrants avoiding their cases and staying in the United States indefinitely.

According to data provided by the Wall Street Journal, 58,000 illegal migrants were arrested in the Rio Grande Valley between October and February. Families will be released on a case by case basis.

What Happened to the End of Families Catch and Release?

President Trump signed a memorandum last year, ordering ICE and other agencies to “expeditiously end” the “catch and release” policy at the border. Trump asked officials to provide “a detailed list of all existing facilities, including military facilities, that could be used, modified, or repurposed to detain aliens for violations of immigration law at or near the borders of the United Sates.”

This was seen by many as a win for the administration, which has strived to reduce illegal immigration. However, the memo was unenforceable by law and met resistance in Washington.

The administration’s reversal of its policy shows some flexibility on the immigration issue, but it may not please the voting base. Illegal immigration continues to be a major problem for border states and a strain on the U.S. economy and federal resources.

The migrant crisis is likely to remain a major political talking point for the near future. Immigration policies could even be used for bargaining when the current congress debates Trump’s budget plan later this year.