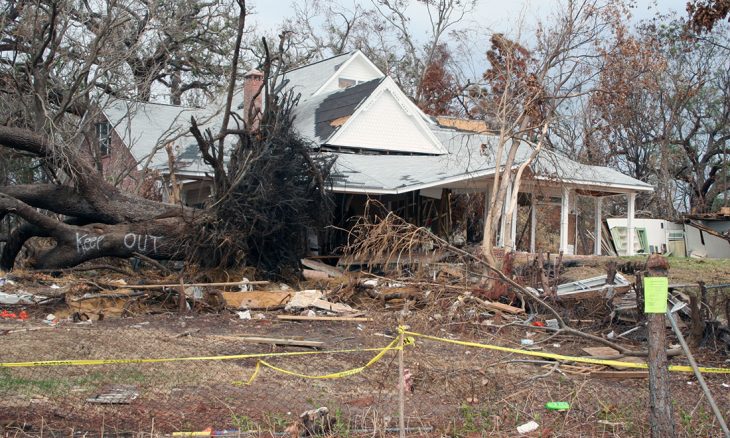 Although Hurricane Florence was downgraded before it made landfall, heavy rains still led to extensive flooding in the Carolinas. Large consultancy firms are now beginning to estimate the total economic damage caused by the severe weather event. Moody’s Analytics has calculated that the total cost will be up to $50 Billion.

Although much lower than estimates before the storm made landfall, this will still have a significant impact on both home and business owners, as well as the federal and local governments.

With current estimates, Hurricane Florence will be the seventh most expensive storm in history.

Hurricane Damage Estimates Are Higher Than Those from Last Week

Early last week, Moody’s predicted that damage from heavy rainfall and flooding would be in the range of $17 Billion to $22 Billion. Moody’s predicted that most of the damage would be inflicted on property. When making their earlier prediction, analysts noted that “These estimates are based on the information available, and there is a high probability that Florence’s costs will be revised significantly higher with added information or inland flooding.”

With an extra week to analyze the situation, Moody’s reached their new estimate of $50 Billion.

The cleanup bills in some counties will be economically crippling. Craven County in North Carolina will face total costs of at least $200 Million. Officials had initially predicted $6 Million in damage for the county, before being able to perform a full assessment as floods receded.

In addition to property damage, infrastructure costs will be extensive. Road damage could take months to repair in the worst hit areas. Utilities are slowly coming back online, with Duke Energy restoring power to around 1.6 million homes and businesses in the Carolinas last week. Up to 114,000 customers are still without power as of Monday morning.

Public perception of government response to the disaster has been positive. The federal government prepared for the worst while the storm was still rated as a Category 4 hurricane. FEMA contributed 25 rescue teams ahead of landfall, and 27 incident management centers were deployed or activated around the affected areas.

The U.S. Army Corps of Engineers is working closely with civilian groups to provide consultation for infrastructure rebuilds. The Department of Agriculture has made recovery funds available for producers who lose significant numbers of livestock or who sustain damage to crops.

In many ways, the weakening of Hurricane Florence saved the Carolinas from the worst-case scenario, however, an ongoing rebuild for both public and private property will leave a lasting economic impact well beyond 2018.