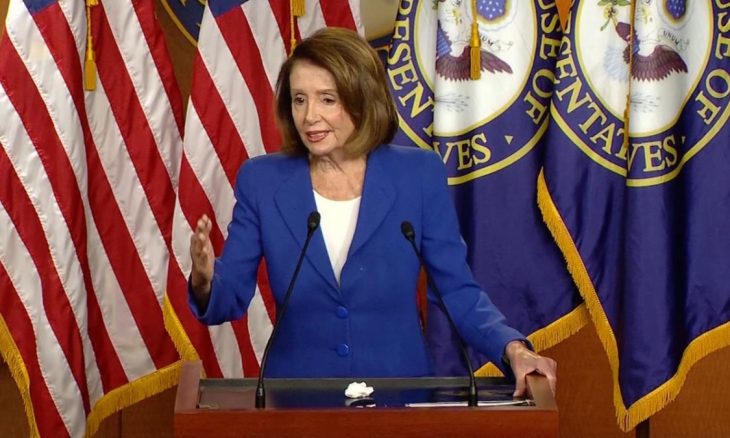 Even as Republicans and Democrats negotiate on a long-term government spending bill, House Speaker Nancy Pelosi has taken any hope of border wall funding off the table.

Pelosi has so far refused to fund a $5.7 billion border wall project through Congress. She again told media on Thursday that she would allow a House vote on a new spending bill, but there would not be “any wall money in the legislation.”

While Pelosi’s stance will not come as a surprise to anybody who has been following the news in recent weeks, it could increase tension on Capitol Hill.

Democrats and Republicans rarely agree completely on key government issues, but there is often compromise so that a working relationship can be maintained. Politics of today are arguably the most divided they’ve ever been, and Pelosi’s refusal to budge on wall funding might turn out to be harmful for Democrats in the long term.

By refusing to negotiate on this key issue, the Democrat controlled House of Representatives is essentially deadlocking the government.

President Trump has not held back with his comments regarding the situation. This week, he said that negotiations are a waste of time if there’s no money for border security.

On Thursday, the President said that a physical wall on the border would be “getting done one way or the other.” He was also critical of Pelosi, saying that “I think Nancy Pelosi is hurting our country very badly by doing what she’s doing and, ultimately, I think I’ve set the table very nicely. I’ve set the table, I’ve set the stage for doing what I’m going to do.”

Political analysts believe that Trump is alluding to a possible emergency declaration, which would bypass Congress and instead take $5.7 billion from the military budget.

Would Democrats Agree on Other Forms of Border Security?

While Pelosi and her party are very much against spending on a Wall Funding, they could offer a deal for other forms of security. Pelosi has publicly endorsed the use of secure fencing, drones, and other barriers to prevent illegal entry across the U.S. – Mexico border. Trump has dismissed anything that isn’t a solid, physical barrier.

The government is currently funded up until February 15th. If Democrats do not come to the table willing to be flexible, then there is a possibility that a second shutdown could occur later this month.