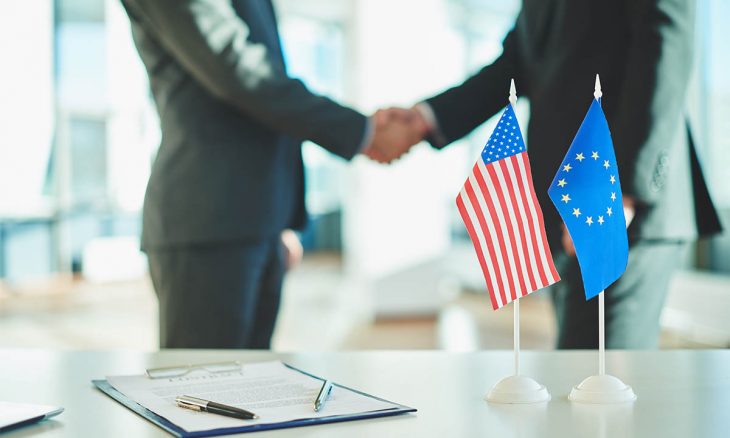 The richest and most powerful nations in the European Union are collaborating to develop a special financial company that will allow Iran to sell oil in the EU, offsetting the damages caused by President Trump’s withdrawal from the Nuclear Deal earlier this year.

Backed by Germany, the United Kingdom, and France, the proposed company will have the full legal and political backing of the EU.

The United States has resumed sanctions on Iran and there are more to come in November. These will heavily target the oil industry, Iran’s main area of export.

How Will the European Union Overcome United States Sanctions?

EU leaders have called US sanctions unlawful, while noting that they are in direct contradiction with accords agreed by the United Nations Security Council. Europe will allow companies to continue business with Iran and has stated that the union will pursue any legal avenue with US banks that interfere with transactions.

The biggest problem for European businesses is that much of the international financial system is controlled through the US. To work their way around this, Europe will form a financial company backed by the UK, France, and Germany. In a statement, the German Finance Ministry Said that the company would work on “maintaining financial payment channels with Iran. The negotiations on this are intensive and ongoing. There are different models under consideration.”

By bypassing the US banking system, European and Iranian businesses would be able to make unhindered trade transactions.

This news has put European Union at direct odds with President Donald Trump. The White House has been extremely critical of Iran and continues to impose sanctions on the nation. Iran is the second largest oil exporter in OPEC and the third largest natural gas producer in the world. Sanctions on energy exports can be crippling to the Iranian economy.

The White House intends, as with many of its trade dealings, to pressurize Iran into meeting US demands. Europe is undermining the White House by ignoring sanctions.

This Could Add Pressure to the Trans-Atlantic Relationship

The relationship between the EU and the US has been strained in 2018. Recent concessions have allowed for trade to become friendlier, but this latest decision could create another diplomatic dispute where President Trump may use tariffs to punish Europe.

Is the EU right to carry out its sovereign policies and continue trade with Iran? Or, is this an unnecessary development that adds too much strain to the European/American relationship? The US government will no doubt have its own comments to add in the coming days and weeks, and it will be interesting to see how it responds to this