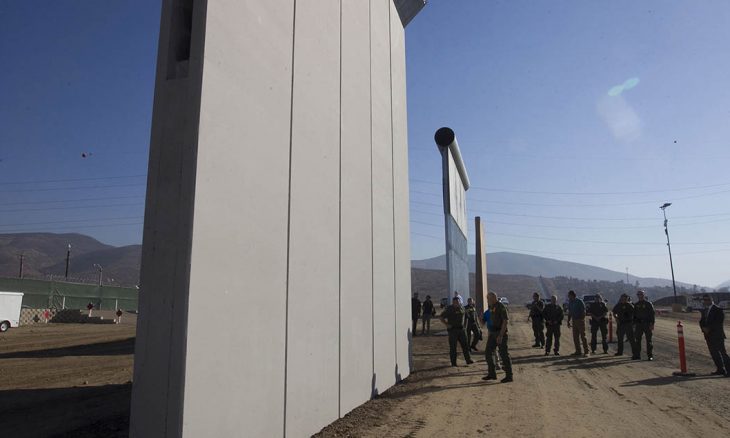 The President is still facing an uphill battle as he continues to fight for funding for his southern border wall. One of Trump’s most significant and publicized campaign promises was the erection of a fortified wall across states that share a land border with Mexico. Trump needs at least $5 billion to complete the wall, but funding from lawmakers has so far been lacking.

In the latest development, the President has threatened to shut down the government if he doesn’t receive the funds that he needs.

President Donald Trump and Democratic leaders Nancy Pelosi and Chuck Schumer engaged in a heated exchange during a televised meeting on Tuesday.

President Trump has repeatedly stressed the importance of a border wall to strengthen national security and curb the rampant illegal immigration problem that the United States faces. Democrats are willing to work with the President but are unwilling to approve funding for the full $5 billion that Trump is asking for. Currently, the offer stands at $1.6 billion for enhanced border security. This would not be enough to fortify the entire border.

In addition to erecting physical barriers, the full $5 billion would allow for the procurement of advanced security technology, including electronics that can track movement across the border.

Republicans have proposed $5 million in funding, but it has not passed through congress. It is unlikely that Republicans have enough votes within the party to push legislation through. When the Democrats take control of the House of Representatives next year, it will be even less likely that Trump receives funding for the project that he built his campaign on.

If the Democrats and Republicans are unable to reach an agreement, it will result in a government shutdown before the end of the year. Branches of the government like Homeland Security, the State and Justice Departments, and National Parks would be impacted and would run at minimal capacity.

When it became clear during the exchange that an agreement would not be made, President Trump said to Senator Schumer, “I’ll tell you what: I am proud to shut down the government for border security, Chuck.”

Many will understand the President’s position, especially those who are directly impacted by the consequences of illegal immigration. Is Trump right to threaten a standstill?

One thing is certain: with a rare glimpse into what would otherwise be a private exchange between top politicians, public scrutiny for both Democratic leaders and the President will now be high.