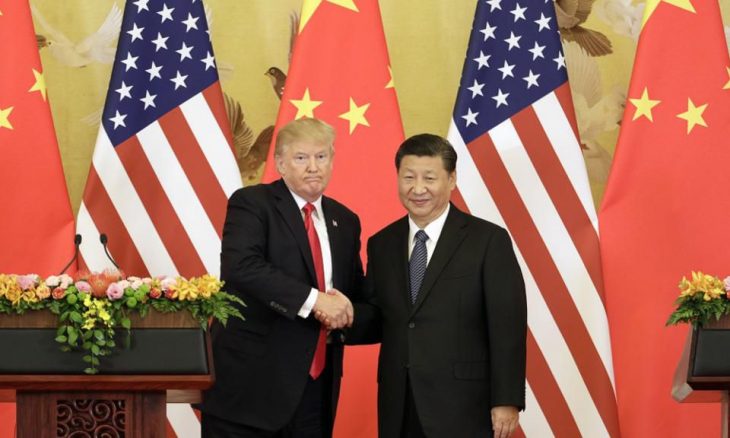 The United States and China concluded two days of renewed trade talks on Wednesday, making it the first time in weeks that both nations have sat at the negotiating table. The meetings were reportedly positive although no major breakthroughs on an agreement have been made.

President Trump, who was not in attendance, used his Twitter account to criticize and warn the Chinese government about the consequences of not striking a deal during his first term.

President Trump posted a series of tweets accusing China of altering the trade deal and failing to live up to promises. He also hinted that China would prefer to see a Democratic President before committing to a long term deal.

In his Tweets he said that the Chinese negotiators “always change the deal in the end to their benefit. They should probably wait out our Election to see if we get one of the Democrat stiffs like Sleepy Joe. Then they could make a GREAT deal, like in past 30 years, and continue to ripoff the USA, even bigger and better than ever before.”

Trump, who is confident of his reelection in 2020, warned China that if they don’t sign a deal in his first term, “the deal that they get will be much tougher than what we are negotiating now… or no deal at all. We have all the cards.”

When President Trump agreed to pause future trade tariffs and restart negotiations, it was under the premise that China would start buying agricultural products (like soybeans) from U.S. producers. As of today, China is yet to live up to its commitment. Trump noted this in his tweets, saying that these kinds of broken promises are the “problem with China.”

Chinese officials did not directly address the President’s comments, but they did release a statement at the end of the trade talks on Wednesday.

The Chinese Commerce Ministry said that negotiators had held a “candid, highly effective, constructive, and deep exchange on major trade and economic issues of mutual interest.”

The big question is whether China will be able to live up to its more important promises of tackling intellectual property theft and relaxing conditions for American businesses.

A signed trade deal could bring a lot of confidence to equity markets. For now, investors can only hope that sense prevails in the ongoing negotiations.