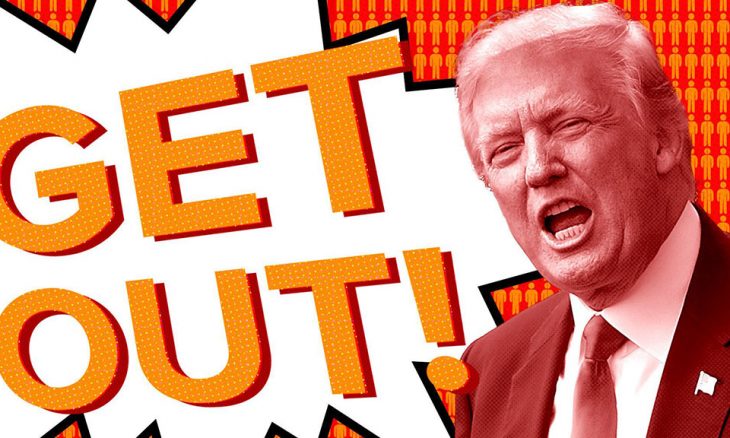 President Donald Trump is continuing to make good on his promise to curb illegal immigration. In a statement on Monday, the President said that he would begin the process of removing “millions” of aliens next week.

He also had some rare praise for Mexico, after its government showed a willingness to work with Trump on key immigration issues.

Illegal Immigrants to Be Removed Starting Next Week

The President took to Twitter to make his latest statement. The social media network has become his public communications platform of choice since taking office.

On Monday, Trump said that “Next week ICE will begin the process of removing the millions of illegal aliens who have illicitly found their way into the United States. They will be removed as fast as they come in.”

The President also commended Mexico, saying that “Mexico, using their strong immigration laws, is doing a very good job of stopping people… long before they get to our Southern Border. Guatemala is getting ready to sign a Safe-Third Agreement.”

Mexico has previously been the target of Trump’s ire, for an apparent unwillingness to stem the flow of migrants that pass through its borders. Trump threatened Tariffs on Mexico if immigration was not addressed. It appears that this pressure was successful.

Trump also called out the opposition in the U.S. government, saying that “The only ones who won’t do anything are the Democrats in Congress. They must vote to get rid of the loopholes, and fix asylum! If so, Border Crisis will end quickly.”

Does ICE Have the Resources to Deport Millions of Immigrants?

The President hasn’t addressed how migrants would be targeted or whether ICE has the resources to deport “millions” of aliens in a short period of time. The White House recently asked congress for $300 million to fund ICE detention facilities, but lawmakers are yet to approve funds.

The immigration issue has been a sore point for every administration in recent memory. President Trump has taken steps to curb illegal immigration, but there is a lot that is tied up in Congress, with both sides of the political spectrum failing to reach an agreement on how to proceed from this point.

For Trump, at least, his actions show a commitment to make good on the promises made during his election campaign. Whether he can achieve his goals without the full support of Congress remains to be seen.