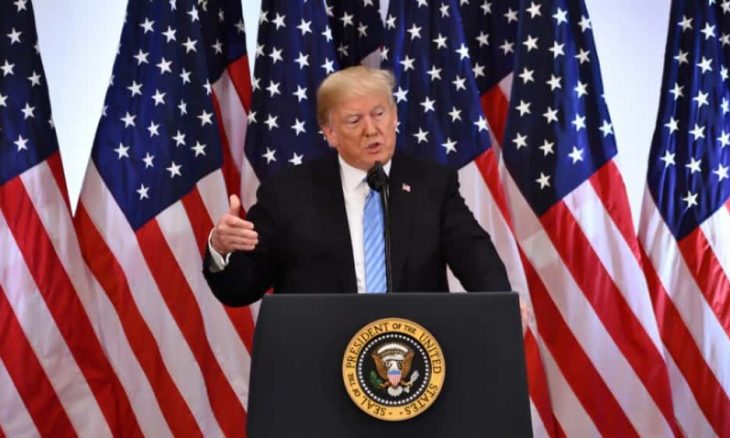 As the partial government shutdown moves into day 34, President Donald Trump has announced that the annual State of the Union address will be postponed until the shutdown is resolved. This ends more than a week of back-and-forth between Trump and House Speaker Nancy Pelosi.

Pelosi sent an official letter to President Trump on January 16, telling him that “Sadly, given the security concerns and unless government re-opens this week, I suggest that we work together to determine another suitable date after government has re-opened for this address or for you to consider delivering your State of the Union address in writing to the Congress on January 29th.”

A resolution must be approved by Congress for Trump to be allowed to deliver his address in the House Chamber. The President initially looked for alternatives while calling on Pelosi to honor her original invitation.

Trump sent Pelosi a letter on January 23, disputing security concerns, telling her that “I was contacted by the Department of Homeland Security and the United States Secret Service to explain that there would be absolutely no problem regarding security with respect to the event. They have since confirmed this publicly.”

The Department of Homeland Security is one of the federal departments that is currently operating without funding. Up to 800,000 federal workers, including security staff, are currently furloughed or working without pay.

Despite the President and key agencies disputing Pelosi’s security concerns, it has now been agreed that the address will be postponed. Trump took to Twitter on Wednesday night to tell the public that he is not seeking an alternative venue, and that he “will do the address when the shutdown is over.” The President noted that there is no venue that can “compete with the history, tradition, and importance of the House Chamber.”

This is the latest development in a long and bitter government shutdown, and it is quite clearly politically charged. With no real security concerns, many analysts have seen Pelosi’s move as an effort to deny the President a platform that could be used to garner support for his border wall project.

$5.7 billion in border wall funding is the key underlying issue of the government shutdown, with Democrats unwilling to sign-off on spending. Lawmakers will vote on new funding plans this week. While bipartisan support is unlikely, the latest vote could lead to new negotiations and progress towards a resolution.