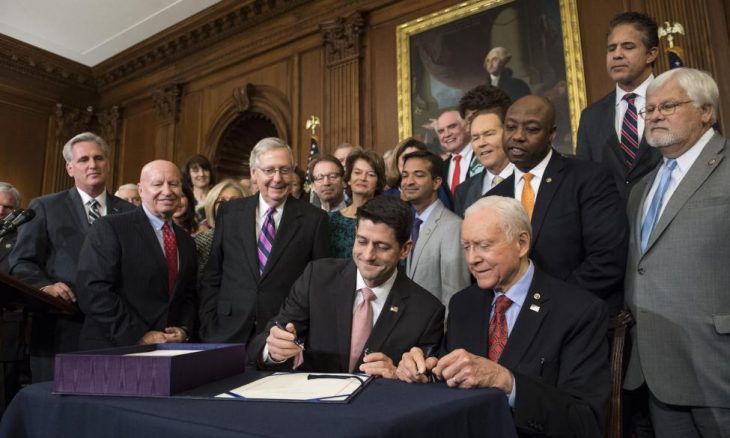 The government shutdown has persisted throughout the end of 2018 and is virtually guaranteed to continue until the new Congress settles in Washington later this week.

The Democratic Party will take control of the House of Representatives. Nancy Pelosi, the current House Minority Leader, will assume the role of House Speaker on January 3. The Senate remains in the control of Republican lawmakers, with a strengthened majority after the midterm elections.

This leaves a divided Congress with little chance of full border wall funding being approved. The President’s job will become a lot harder as he tries to gather support for what has been one of his key projects.

Messaging from the White House remains centered around security concerns.

White House Press Secretary Sarah Sanders said last week that “The only rational conclusion is that the Democrat party is openly choosing to keep our government closed to protect illegal immigrants rather than the American people. The President does not want the government to remain shut down, but he will not sign a proposal that does not first prioritize our country’s safety and security.”

Democrats shot back, saying that they are ready to end the shutdown but not with border wall funding. A spokesman for Nancy Pelosi said that “Democrats will act swiftly to end the Trump shutdown” and criticized the border project as an “immoral, ineffective and expensive wall.”

President Trump Stayed in Washington for the Christmas Holiday

When it became clear that a shutdown wouldn’t be avoided before Christmas, President Trump chose to cancel a trip to Florida and instead stayed in the White House to work over the break.

He has been active on Twitter, tagging the shutdown as the “#SchumerShutdown” and stating that “We will be forced to close the Southern Border entirely if the Obstructionist Democrats do not give us the money to finish the Wall & also change the ridiculous immigration laws that our Country is saddled with.”

The shutdown has been one of the most politically heated and contentious issues of the year. Around 800,000 federal workers are directly impacted. The deadlock is a result of a deep political divide and it doesn’t serve to benefit either party. The nation will be watching closely to see how quickly the new Democratic House is willing to end the shutdown, and whether political differences can be overcome for the benefit of key federal services.