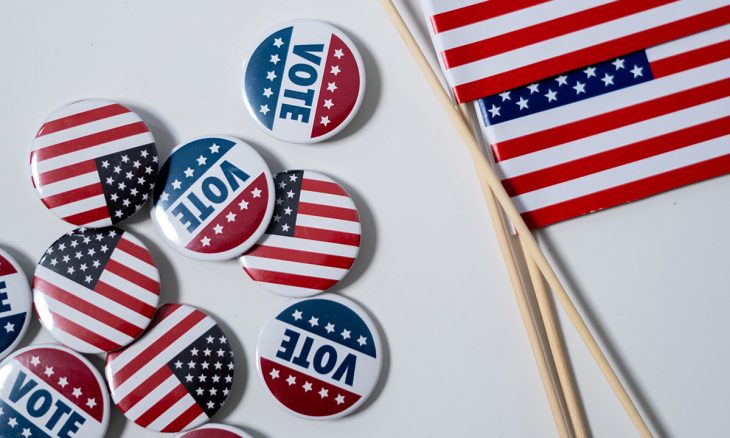 President Donald Trump declared an early victory on Wednesday morning, with some key battleground states yet to turn their official numbers in.

The President was active on Twitter as numbers came in during the night and warned that his opponents were trying to disenfranchise the “millions of people who voted for us tonight.”

He also suggested that the result could end up in the Supreme Court if Democrats attempt to contest the outcome.

Election an “Embarrassment” to America According to the President

One of the most heated statements from the President last night was that the election was “an embarrassment to our country.” Trump said that “We were getting ready to win this election. Frankly, we did win this election.”

As of Wednesday morning, votes were still being counted, particularly mail-in, absentee, and military votes. This has led to a delay in announcing the official outcome of the election.

The President said that “We want the law to be used in a proper manner so we’ll be going to the U.S. Supreme Court. We want all voting to stop. We don’t want them to find any ballots at four o’clock in the morning and add them to the list. This is a very sad moment.”

Trump won essential states like Florida, Ohio, Iowa, and Texas, but battleground states including North Carolina, Wisconsin, Michigan, and Pennsylvania are yet to officially complete their counts.

Data from the Associated Press at 5 AM Eastern Time counted Joe Biden with 238 electoral votes, with President Trump trailing at 213. However, Trump was leading significantly in the projections for the remaining votes.

This suggests that Trump could officially secure his win later today, depending on how delayed the official counts are. Millions of votes remain uncounted, with a slim but potential chance that Biden could secure the majority.

Stock markets rallied on election day, but futures were volatile during the night. With it looking like a Trump win, futures had stabilized into positive territory ahead of Wednesday’s trading session.

Markets in Asia were upbeat while watching the election results. The Dow and Nikkei were up by close of trading, with Japan’s Nikkei 225 gaining almost 400 points.

It’s unfortunate that Americans won’t know the outcome of the election until later today or possibly even as late as the coming weeks. However, for President Trump’s supporters and those unsatisfied with Biden’s proposed policies, the outcome looks like it will be a positive one.