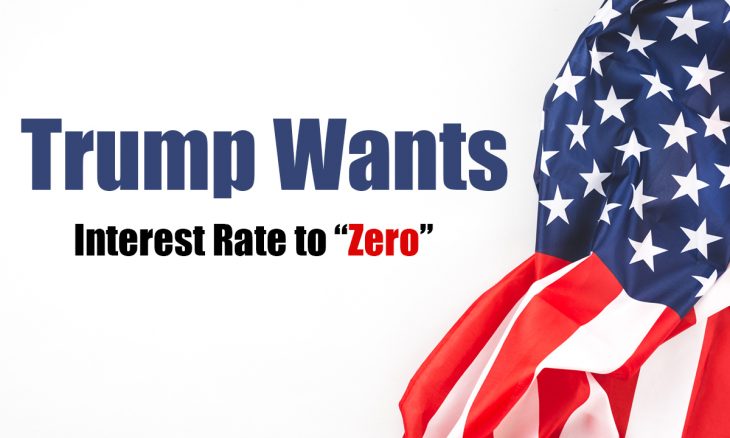 Here’s everything the President said, and what it could mean for the economy moving forward.

Trump  Made A Direct Call for The Fed to Slash Rates

Trump used Twitter to release his latest stream of criticism for the Federal Reserve.

He said in his latest post that “The Federal Reserve should get our interest rates down to ZERO, or less, and we should then start to refinance our debt. INTEREST COST COULD BE BROUGHT WAY DOWN, while at the same time substantially lengthening the term. We have the great currency, power, and balance sheet.”

In a follow up tweet, Trump said that America should “always be paying the lowest rate.” He also noted that there is no inflation, so slashing interest rates should not be a problem. Trump said that Federal Reserve Chairman Jerome Powell is naïve and that the Fed is stopping America from doing what other countries are already doing. Not holding his words at all, the President finished his criticism by referring to the Fed Board as “Boneheads.”

Extreme Criticism, Even for an Outspoken President

The public has become used to President Trump’s outspoken and direct form of communication. In many cases, it’s one of the best ways for him to get his message across and galvanize people into action.

Trump has made no secret of his dissatisfaction in Jerome Powell’s leadership. What many investors will ask today, is what a low or negative interest rate environment would actually look like.

If the Fed were to slash rates and refinance, government bonds would be paid out below face value at maturity. While this would benefit the government short term, it would come with the risk of sharply rising intertest rates in the mid to long term future.

Drastically low interest rates would devalue the Dollar, and consumer prices would skyrocket.

President Trump is a smart businessman, and he knows that the Fed will not be willing to cut rates beyond what is necessary to sustain growth. Instead, his latest comments are more likely intended to gain public support for lower rates, indirectly pressuring the Fed. Even a rate cut of a half point could significantly offset economic headwinds today.

For now, interest rates won’t be going anywhere close to zero, However, it is interesting to see just how passionate the President is about using unorthodox monetary policy to prolong one of the greatest economic expansions in history.