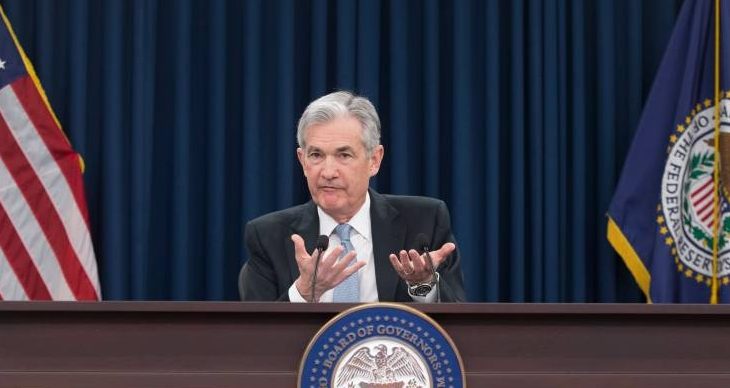 Federal Reserve Chairman Jerome Powell met with President Donald Trump on Monday over a working dinner at the White House. With little media attention leading up to the meeting, a statement was released indicating that Powell told Trump that the Fed would stay out of politics, and instead quietly focus on its monetary policy.

President Trump was extremely critical of the Fed throughout 2018, at one point claiming that “The only problem our economy has is the Fed.”

Jerome Powell reportedly didn’t discuss rate policy with the President, and instead focused on economic signals.

The Federal Reserve released a statement on Monday night, saying that “At the President’s invitation, Chair Powell and Vice Chair Clarida joined the President and the Treasury Secretary for an informal dinner tonight in the White House residence, to discuss recent economic developments and the outlook for growth, employment and inflation.”

The statement said that Jerome Powell “did not discuss his expectations for monetary policy, except to stress that the path of policy will depend entirely on incoming economic information and what that means for the outlook.”

The Fed also noted in its statement that any future policy would be designed to “support maximum employment and stable prices.” Most importantly, policies will be designed based on “objective and non-political analysis.”

Trump May Refrain from Criticizing the Fed in 2019

In 2018 Trump called the Fed his “biggest threat” and complained that it was “raising rates too fast.” In October, the President slammed aggressive rate hikes, saying that “I think the Fed has gone crazy. I really disagree with what the Fed is doing.”

With the Fed pledging to hold interest rates for the immediate future, the President is likely to remain quiet about Powell and the independent agency. While some may presume that the Fed slowed rate hikes in response to Trump’s criticism, it is more likely that the recent dovish attitude has more to do with Trump’s policies than any of his interviews or Twitter posts.

For investors, a better relationship between Trump and the Fed is good news. Keeping the Fed out of the negative spotlight will allow investors to focus on other signals and make more informed decisions.

As it stands today, the Fed could still increase rates twice in 2019, however, the likelihood of this happening is decreasing, as inflation is currently flat and economic growth is proceeding at a gradual and manageable pace.