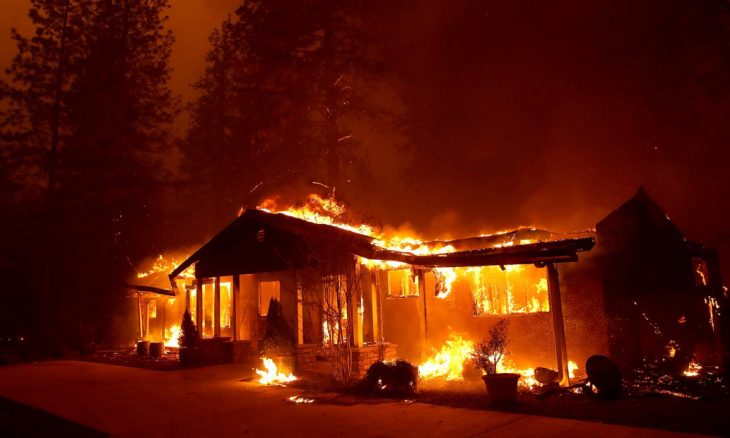 Despite the President sending a highly critical tweet regarding California forest management at the end of last week, it has now been announced that he has approved an expedited request for federal assistance.

The wildfire blaze currently burning in Northern California has become the deadliest on record, and things could get much worse as search and rescue crews sweep through the affected areas.

President Trump Changes Tone about the fires in California

The President caused a flurry of activity on Twitter at the end of last week, with many criticizing what was seen as insensitivity for those who were impacted by the fires.

From his Twitter account, President Trump said that “There is no reason for these massive, deadly and costly forest fires in California except that forest management is so poor. Billions of dollars are given each year, with so many lives lost, all because of gross mismanagement of the forests. Remedy now, or no more Fed Payments.”

Colorado Republican Senator Cory Gardner said during the weekend that “I don’t think it’s appropriate to threaten funding. That’s not going to happen. Funding will be available. It always is available to our people wherever they are, whatever disaster they are facing.”

California officials have stated that despite Trump’s criticism at the end of last week, federal agencies were quick to provide support.

Trump changed his positioning during the weekend and on Monday said that he had “just approved an expedited request for a Major Disaster Declaration for the State of California. Wanted to respond quickly in order to alleviate some of the incredible suffering going on. I am with you all the way. God Bless all of the victims and families affected.”

President Trump’s rhetoric and method of communication is sometimes highly divisive, even for his supporters and party members. However, Trump’s tweets don’t always reflect the decisions that he makes behind the scenes, so it’s important not to base conclusions on social media messages.

The President is not alone in considering that mismanagement of forests leads to increased wildfire activity. However, the most important point is that the President has not withheld funding or any federal relief. Federal organizations are in fact working on the ground with their state counterparts.

The wildfires have currently claimed 42 lives and completely burned the town of Paradise in Northern California. Updates will be provided by federal officials throughout the week.