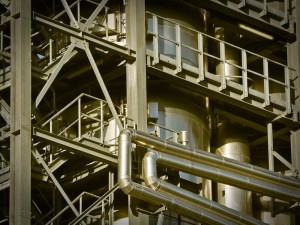 It’s no secret that the current administration has targeted the European Union, China, and NAFTA partners in a strategy to increase trade fairness for the United States. President Trump has made good on many of his campaign promises, with recent tariff announcements not being a surprise for anybody who has been watching the political or financial landscape.

No matter what you think of politics, a trade war is something that can impact the entire economy. Although there have been ups and downs in the ongoing trade war saga, it looks like American businesses could soon feel the results of retaliatory tariffs.

The European Union, Canada, and Mexico Are Now Included on U.S. Metal Tariffs

Recently President Trump announced that the E.U. would be hit with 25% tariffs on aluminum and steel coming into the United States. Just last week, it was announced that Canada and Mexico would also be included in the tariffs. The same tariffs were imposed on China earlier this year.

Many in America support the tariffs and deem them necessary to keep the aluminum and steel industries competitive. There’s not really any arguing against that, however, retaliatory tariffs may now hurt American finances in other areas.

Canada announced on June 1 that it would retaliate with its own tariffs on up to $16.6 billion of U.S. imports of the same metals. Canadian Prime Minister Justin Trudeau called the U.S. tariffs “unacceptable” and “punitive”.

Mexico is also unpleased with the tariffs and is planning to impose a 20% tariff on U.S. pork, with imports worth more than $1 billion per year.

What Will it Mean for American Producers?

U.S. exporters will likely feel the impact of tariffs from North American neighbors, Europe, and China. Farmers could be the hardest hit. Mexico has hinted that U.S. apples could also be hit with tariffs, resulting in tax to around $1 billion worth of product.

Some unexpected industries are also worried, with the U.S. Distilled Spirits Council fearful that American Whiskey could be hit with tariffs. A representative said that “We hope the United States and its trading partners can resolve their differences without subjecting the U.S. whiskey exports to retaliatory tariffs.”

Of course, President Trump’s intention is not to cripple American industries with a prolonged trade war. The aim of the tariffs is to create trade parity between the largest trading partners. Ultimately, fairer trading terms will benefit producers in the United States, but only if tariffs remain sensible and if all involved nations can be on the same page.

It’s impossible to please every industry when important decisions like these are made. While the steel and aluminum industries are optimistic about increased production due to a more competitive domestic market, there are other industries that are watching carefully to see what will come next.

The real outcome depends entirely on how well the United States can negotiate with trade partners, and the results of future negotiations will need to be carefully analyzed as they are announced.

The good news for now is that the wider economy is not yet feeling any pressure, and wall street investors have more confidence than in recent months.