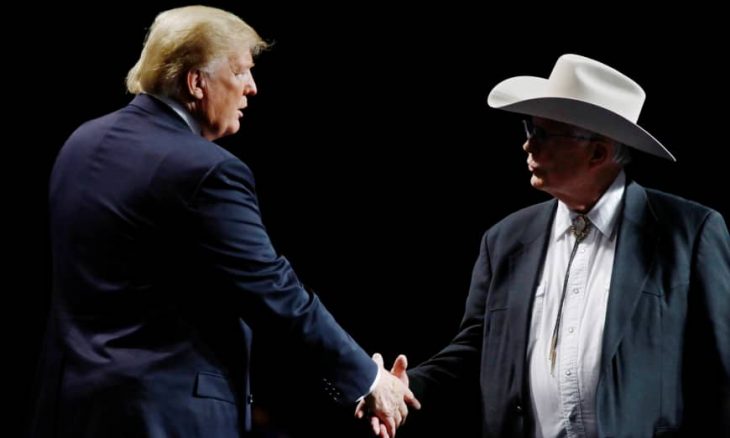 Despite being directly impacted by the government shutdown, farmers in the United States are still supportive of President Trump’s non-negotiable position on border wall funding.

The President was on the road on Monday, and he made an appearance at the American Farm Bureau Federation’s annual convention. Farmers and ranchers are missing out on federally backed funds and assistance programs, but for the most part they understand the position of Trump and his party.

While support exists today, there are concerns that a continued shutdown could put strain on it, especially as those in agriculture start to feel the pinch from reduced federal assistance.

During his speech to the Federation, President Trump called the current U.S. immigration policy “sick” and “demented”. He also expressed his support for farmers and his willingness to work on policies that would allow them to maintain the status quo with foreign labor from across the southern border. He said that “A lot of people don’t understand this. You need people to help you with the farms. I’m not going to rule that out.”

The President elaborated on his comment, saying that his wall would only discourage undesirable illegal migrants, and that those who “we want to come” would still be able to enter.

Support is Divided but Still Largely in Favor of Trump

Attendees at the convention were largely supportive of the President and a border wall. There is some concern that aggressive anti-immigration policies could slow the traffic of cost effective labor, but the President’s speech should reassure farmers that he is on their side.

Politico News reported a quote from Brian King, a corn, soybean and hog farmer from Illinois who said that “I think we need to somehow reasonably enforce our borders, but agriculture is very dependent on immigrant labor, so it’s kind of a Catch-22 if you go too far.”

Another farmer quoted by the same network said that “I don’t think it’s worth shutting down the government for.”

Generally, farmers are behind the President even while they are harmed financially by the shutdown. Farmers have not only lost access to financial assistance, but there are interruptions in services that help with crop planning and other key activities.

The government shutdown is now in its 25th day. The President has asked Democrats to come back to the table to discuss border wall funding and other bills that would reopen the government. As of Tuesday morning, lawmakers remain deadlocked.