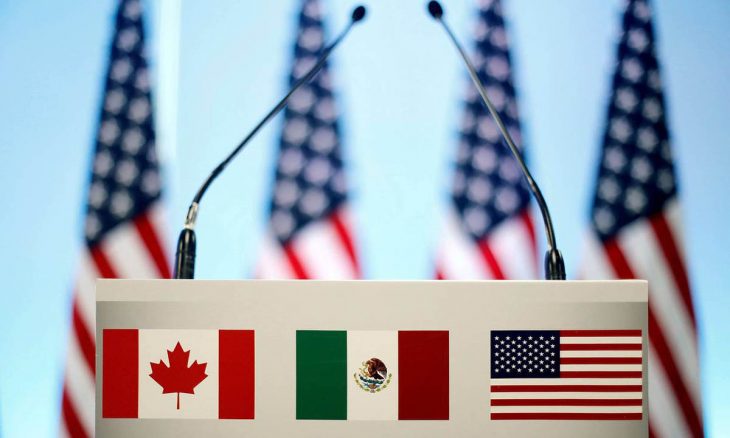 When President Trump negotiated changes to NAFTA with both Mexico and Canada earlier this year, it was a huge win for his administration. After months of pressure and tit-for-tat tariffs, the three countries agreed on updated terms that would turn NAFTA into the US-Mexico-Canada Agreement (USMCA).Wary of a Democratic-controlled House of Representatives in 2019, a group of Senators is now pushing to have the agreement passed through Congress before the end of the year.

According to the government, the new agreement will “strengthen the middle class and create good, well-paying jobs.” Of course, it will have to be passed into law first, and that is something that might not happen until next year.

Senators Reassure Trump That Vote Can Be Made in Current Congress

Senators petitioned President Trump in a letter this month, asking that he submit the USMCA documents to congress so that a vote can be made before November 30.

In the letter, Senators said to Trump that “We are concerned that if the Administration waits until next year to send to Congress a draft implementing bill, passage of the USMCA as negotiated will become significantly more difficult.”

Senators told the President that lawmakers would be able to “consider and vote on the USMCA before the end of the 115th Congress.”

Senators who signed the letter also confirmed support for President Trump if he were to submit the agreement early. The letter said that “If you choose to pursue consideration of the USMCA before the end of the 115th Congress, we commit to working with you in a consultative manner to draft implementing legislation that could win our votes, as well as a majority in the House and Senate.”

For Trump to push the USMCA through congress this year, he would need to submit the final document and use trade priority rules that allow for fast tracking through the legal system. However, Washington insiders have reported that the legal text is not finalized, with the United States seeking to make some amendments regarding agricultural products.

If the President is unable to fast track the deal this year, then it could face an uphill battle through the House of Representatives in 2019.

With the drafting of the USMCA being one of Trump’s biggest trade wins this year, it will be particularly interesting to see how the White House moves ahead with this offer from prominent Republican Senators.