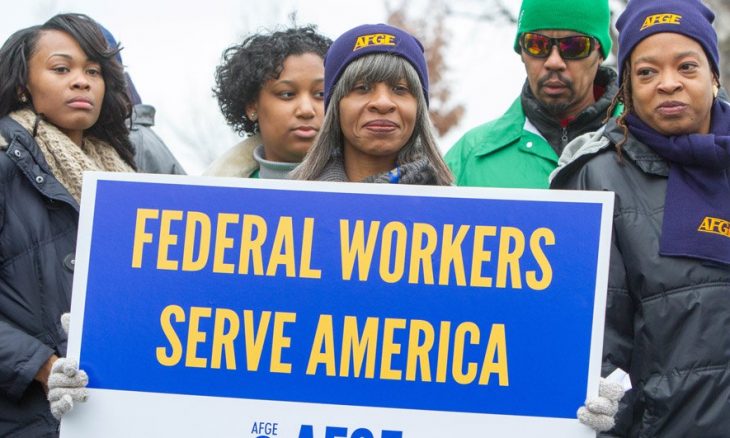 It was announced on New Year’s Eve that the American Federation of Government Employees, the largest union that represents federal employees, is suing the government over the current shutdown.

While one quarter of the federal government is currently closed without funding, many employees are still performing roles that are considered essential. The AFGE wants damages for 400,000 employees that have been forced to work unpaid during the shutdown.

Employees will not be paid until Congress is able to approve a new spending bill. Congress will also need to appropriate funds for any backpay that is owed.

In a public statement, he said that “Positions that are considered ‘essential’ during a government shutdown are some of the most dangerous jobs in the federal government. They are front-line public safety positions, including many in law enforcement, among other critical roles. Our intent is to force the government and the administration to make all federal employees whole.”

Parts of the government have now been without funding for 11 days, and the situation is not expected to change before January 3 when the new congress forms. The House of Representatives will be led by a Democratic majority, while the Senate will remain in control of the Republican party. There are concerns that a divided Congress will make it even harder for lawmakers to reach an agreement.

The AFGE worries that a dragging shutdown will make things even worse for federal employees. The union alleges that the government has still not fully calculated reimbursement for employees who worked through the 16-day October 2013 shutdown.

Court Likely to Side with Union Federal Employees

The government is yet to comment on the case, although it is likely that the courts will allow some form of additional compensation for workers. In 2017, the U.S. Court of Federal Claims ruled that 25,000 workers impacted by shutdown were entitled to double pay.

Government shutdowns are unpopular, and when additional compensation is required, they also become unnecessarily expensive. Lawmakers will need to reach an agreement with President Trump soon if the government is to avoid what could become one of the longest shutdowns in history.