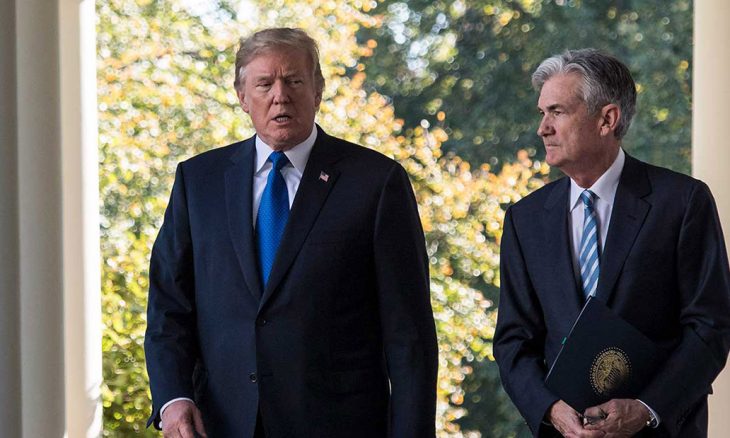 President Donald Trump has made no secret of his disappointment in the Federal Reserve during his time in office. During what is considered one of the strongest economic cycles in history, the Federal Reserve has seemingly worked against the current, increasing rates four times in 2018. Only towards the end of last year did the Fed decide to hold interest rates and give investors and the economy a break. The President Trump Nominates two new economists to join the Federal Reserve board. Both are expected to be less conservative than Chairman Jerome Powel and other members of the Board of Governors.

Who are President Trump Fed Nominates?

Trump announced two nominees for positions on the Fed board earlier this week.

The first was Christopher Waller, the current VP and Director of Research at the Federal Reserve Bank of St. Louis. Waller was previously the Chair of Economics at Notre Dame.

The second nomination was Judy Shelton, an economist who serves as the U.S. Executive Director at the European Bank of Reconstruction and Development.

Both nominations are considered to be pro-Trump, at least in terms of their economic policies. Shelton has been publicly critical of the Federal Reserve, pointing to key periods in history where the agency failed to protect the economy.

In a Wall Street Journal opinion piece earlier this year, Shelton said of the Fed that “No other government institution had more influence over the creation of money and credit in the lead-up to the devastating 2008 global meltdown, and the Fed’s response to the meltdown may have exacerbated the damage by lowering the incentive for banks to fund private-sector growth.”

Shelton is also a supporter of the gold standard, an economic system where the value of a currency is determined by the value of gold. This standard hasn’t been used in any widespread capacity since the 1930s. Shelton believes that the standard could help to tighten monetary policy.

Waller hasn’t publicly criticized the Fed, but he does work under James Bullard at the St. Louis Federal Reserve. Analysts believe that like Bullard, Waller would be a supporter of rate cuts as the economy slows down.

Nominees Will Face Confirmation in the Senate

The Senate will need to confirm Trump’s nominations before they can sit on the Board of Governors. With a Republican majority in the Senate, there should be no major obstacles for both Shelton and Waller.

If confirmed, six out of seven members on the board will be Trump nominations.

The Federal Reserve is currently maintaining a ‘watch and react’ policy, and is keeping its benchmark rate in a range of 2.25% to 2.5%