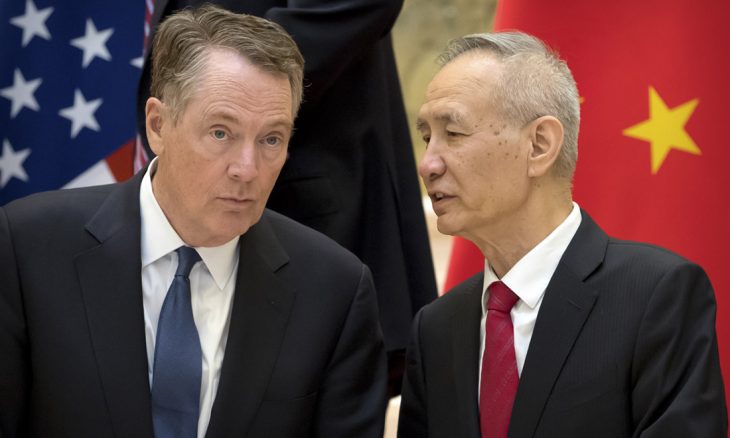 Despite U.S. and Chinese negotiators restarting trade talks, there are some officials who believe a deal may never be signed. The battle of tariffs and rhetoric has been drawn out for over a year and a half, with both sides accusing the other of failing to meet promises. White House Economic Advisor Larry Kudlow recently told reporters that while he is still optimistic, a trade deal might not happen.

When speaking to CNBC at an event in Washington, Kudlow said that he thought a deal was possible, but added that negotiations may eventually come up short.

He told the network that “It’s like being on the seven yard line at a football game. And, as a long suffering New York Giants fan, they could be on the seven and they never get the ball to the end zone. When you get down to the last 10 percent, seven yard line, it’s tough.”

Kudlow was referring to how far the negotiations have come, and how easy it would be for them to stall at this point. While American trade officials have worked hard to ink a deal with Chinese counterparts, we are yet to see any meaningful outcome from negotiations.

All tariffs that have been applied since March 2018 are still in place. The United States has imposed tariffs for steel and a range of Chinese consumer goods and electronics. China has retaliated with its own tariffs and reduced its purchases of American energy and agricultural products.

The trade war has been partially responsible for the slowing of the Chinese economy, while farmers are taking the brunt of the impact on the U.S. side.

How Will Investors Respond if No Trade Deal is Signed?

Investment markets have responded negatively whenever new tariffs are announced. However, the markets won’t necessarily take a dive if it takes longer to get a trade deal signed. If President Trump is unable to secure a deal in his first term, investors could look to other positive economic signals for confidence, such as GDP, jobs data, and corporate growth.

A more favorable trade deal with China would no doubt boost economies on both sides. However, waiting longer for a fairer deal may be the best decision for the United States at this time.