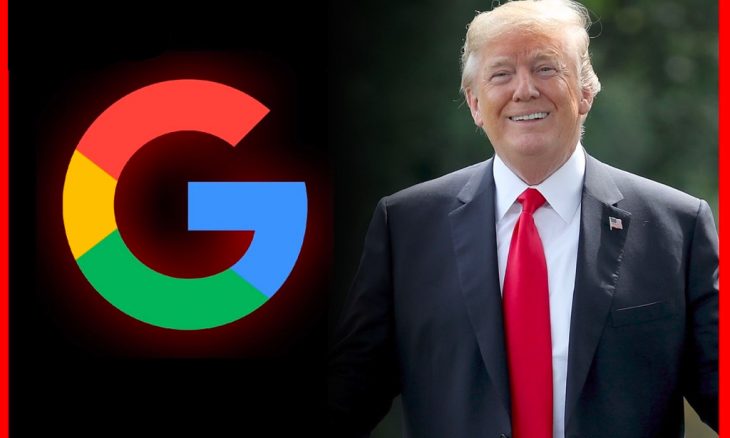 Google and its parent company Alphabet (NASDAQ: GOOGL) have received an indirect warning from the President, with the Commander in Chief telling his Twitter followers that the White House is “watching it very closely”.

While Trump had a positive meeting with Google CEO Sundar Pichai earlier this year, new accusations against the company have garnered the President’s attention. An ex-employee has claimed that it tried to interfere with the 2016 election in an attempt to keep Trump out of the White House.

Did Google Interfere in the 2016 Election?

When Trump met with Pichai in March, he said that the CEO “stated strongly that he is totally committed to the U.S. Military, not the Chinese Military.” Trump also noted that the two “discussed political fairness and various things that Google can do for our country. Meeting ended very well!”

Trump’s position has now changed as new accusations have placed Google in the spotlight.

Kevin Cernekee, a engineer who was fired in 2018, went on Fox & Friends this week to say that Google executives engaged in practices that were designed to support Hillary Clinton in the 2016 election. He said that, after Trump’s win, executives “Vowed that it would never happen again, and they want to use all the power and the resources that they have to control the flow of information to the public and make sure that Trump loses in 2020.”

Trump, who regularly watches and cites Fox & Friends, commented on the story on Tuesday, sending a warning to the tech giant.

The President referenced his previous meeting with Pichai, but added that “It all sounded good until I watched Kevin Cernekee, a engineer, say terrible things about what they did in 2016 and that they want to ‘Make sure that Trump loses in 2020’”. The President’s tweets have since been deleted.

Negative attention from Trump will only add pressure to Google as it faces an ongoing antitrust investigation from the Justice Department.

Google called all statements “absolutely false” and labeled Cernekee “disgruntled”. The company also reassured the President, the public, and investors that “Distorting results for political purposes would harm our business and go against our mission of providing helpful content to all of our users.”

Google stock has grown 12.07% in 2019, roughly on par with major indexes but below the performance of other leading tech companies. Negative attention from the President and the Justice Department could impact the confidence that investors have in this stock.