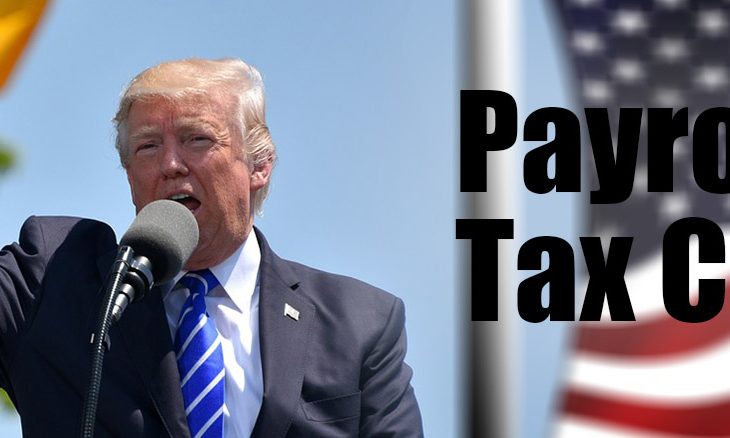 With the risk of an economic downturn looming, President Trump is considering a payroll tax cut to take pressure off families and consumers.

The latest news contradicts recent communications from Trump’s team, with Deputy Press Secretary Hogan Gidley telling Fox News on Tuesday that the administration was “looking at tax cuts again”, but that a payroll cut was not likely.

In a live interview, Gidley said that “It’s not being considered at this time, but he’s [President Trump] looking at all options out there to try and give people back so much of the hard earned money that they’ve made.”

The White House later clarified in an official statement that “More tax cuts for the American people are certainly on the table but cutting payroll taxes is not something under consideration at this time.”

Just hours after the Gidley interview and statement from the White House, President Trump referred to potential cuts in an Oval Office meeting, saying that “Payroll tax is something that we think about and a lot of people would like to see that. That very much affects the workers of our country.”

The President also criticized the Federal Reserve in the same meeting, saying that he’d like to see more interest rate cuts to keep the economy growing. He told reporters that “I’d like to see a cut of the Fed rate, because that should have happened a long time ago. I think they’re being very tardy in not doing it and not having done it sooner. They raised too quickly, and, you know, I’ve been quite vocal on that.”

President Trump has broken from tradition by openly criticizing the Federal Reserve throughout his time in office. Like a growing number of investors, he sees the recent quantitative tightening as damaging to the economy. Trump has also compared the situation in America to that in Europe, noting that the European Union has aggressively cut rates to ward off an economic downturn.

How Bad Would an Economic Downturn Be?

While most economists believe that a downturn is still months or years away, it is definitely on the horizon. The current economic growth cycle is one of the longest in history, and without careful management a downturn could seriously impact consumers, who make up the bulk of U.S. gross domestic product.

Payroll tax cuts would put more money in the hands of consumers, acting as a form of indirect stimulus. Any measures that Trump is considering will need to be approved by Congress, so it will be interesting to see how far he takes his recent comments. Tax breaks were a huge aspect of the early years of his Presidency, and a push to cut payroll taxes could strengthen his campaign for a second term.