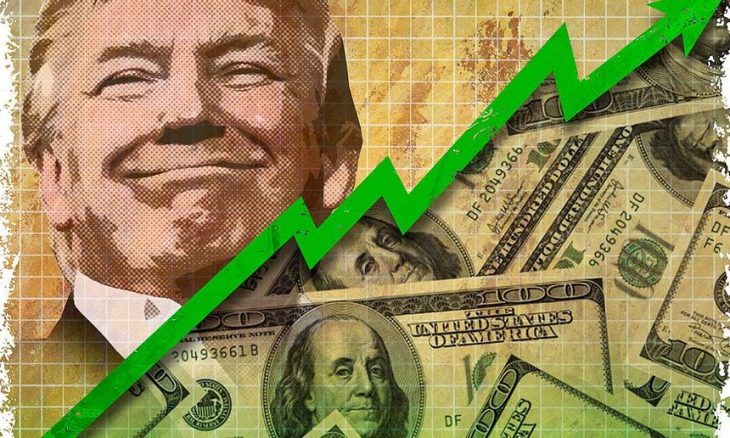 Trump took to twitter on Tuesday, to tell his followers that “Had the opposition party (no, not the Media) won the election, the Stock Market would be down at least 10,000 points by now. We are heading up, up, up!”

Stocks are impressive, but there’s more to this story than just equities. Focusing on other key metrics can reveal just how strong the economy is under Trump’s leadership.

Wages are increasing at a rate of 2.5%. higher than the 2.2% under President Obama. However, growth still falls short of President Bush at 3.3%, and President Clinton at 3.5%.

Overall, wages and jobs are growing at an impressive and sustainable rate, giving citizens confidence in Trump’s economic policy.

GDP is seen by economists as the key indicator of success. Trump’s administration has overseen impressive growth, including a 3.4% third quarter in 2018. Median quarterly growth during Trump’s presidency stands at 2.8%, an excellent figure for a highly developed economy.

Reducing the trade deficit is a key policy for Trump. This is proving difficult to achieve, even with extensive trade tariffs levied against China and other markets. The median monthly trade deficit under President Trump is $46.4 billion. In 2018, the monthly deficit reached a 9-year high with a figure of $56.6 billion.

The President is working to address this through negotiations with key trade partners.

Home ownership is often taken as a signal of economic performance and consumer confidence. Despite an expensive home market, the national ownership figure has increased under President Trump. This can be attributed to better household confidence and low interest rates.

Trade disputes, extended government shutdowns, and strong division in Congress have all been overcome by the Trump administration. America’s economy may be slowing, but the growth is still impressive when breaking the figures down. A strong stock market only helps to reinforce Trump’s improvements in many areas.

Partisan politics often draw attention away from facts. However, these figures show that the last two years have been some of the most impressive in recent memory.