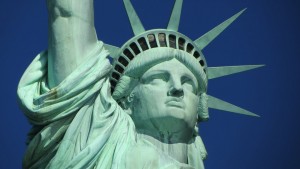 The Wall Street Journal has broken a story revealing that the Trump Administration will push ahead with EU steel and aluminum tariffs this week.

On March 23 of this year, President Trump introduced a 25 percent tariff on all imports of aluminum and steel, although there were exemptions provided to key allies and trading partners. Mexico and Canada, members of the European Union, Australia, and Argentina were all originally named as being exempt from the tariffs.

President Trump offered the exemptions with the intent to negotiate future trade deals that would be fairer for the United States.

However, the European Commission, the trade body of the EU, argued that its members should be exempt from tariffs because they were not the cause of overcapacity in production of steel and aluminum. Most analysts and real data show that China’s massive production has caused a flood of metals in worldwide markets.

Not satisfied with the EU’s unwillingness to negotiate, the United States will now impose the 25 percent tariff on future shipments of steel and aluminum coming from EU member states. This includes countries like France, Germany, and the United Kingdom.

The United States has the ability to produce much of the Steel and Aluminum that it consumes. However, production has fallen in recent years, thanks largely to low cost imports and the flood of available metal from China.

China has had sanctions imposed since March, but President Trump believes that it won’t be enough to balance U.S. production and importation to a level that is beneficial to the economy. With the EU about to be hit with tariffs, it’s possible that U.S. aluminum and steel production could reach up to 80% of capacity in the near future. This would be the first time in five years that the industry has reached such a high level of production.

Those who believe in a free international market will see tariffs like this to be excessively protectionist. However, the Trump Administration, a number of political analysts, and a large segment of the public believe that it is steps like this that will continue to support the American economy.

There could be some damage to American exports, as the EU will now impose tariffs on $3.4 Billion of U.S. products, but the losses would be more than made up by the new tariffs on metals.

There’s no questioning that ongoing trade negotiations and tariffs have been contentious both domestically and in the international community. However, there’s also no doubt that the Economy has been performing the best that it has in years, and small boosts like this could help to strengthen its resilience and ensure stable future growth.