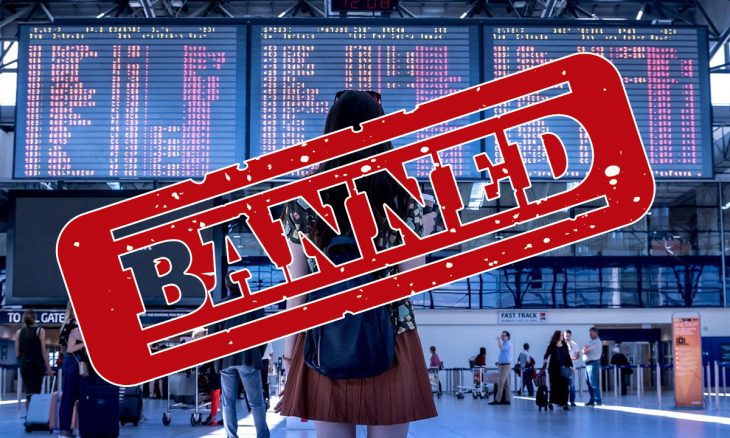 President Donald Trump is considering expanding the controversial travel ban that was implemented just a little under three years ago. The original ban, which was criticized by political figures on the left, placed entry restrictions on citizens of Yemen, Sudan, Syria, Somalia, Libya, Iraq, and Iran.

Protests and legal challenges led to the removal of Iraq from the original list, but the administration then added Chad, North Korea, and Venezuela.

It is now expected that more countries could be added as early as next week.

Which Countries Will be Affected by an Updated Travel Ban?

According to Washington insiders, a shortlist of countries to be included in an extended travel ban would include Belarus, Myanmar, Eritrea, Kyrgyzstan, Nigeria, and Tanzania.

If implemented by executive order, citizens from these countries may not be outright banned from entering the U.S., however, they will face increased immigration restrictions that would make it difficult to enter without extensive paperwork and expense.

Trump has not shied away from his decision to implement partial travel bans on the countries listed above. White House spokesperson Hogan Gidley said this week that “The travel ban has been profoundly successful in protecting our country and raising the security baseline around the world. While there are no new announcements at this time, common sense and national security both dictate that if a country wants to fully participate in U.S. immigration programs, they should also comply with all security and counter-terrorism measures.”

Gidley added that the United States does not want to “import terrorism or any other national security threat.”

It’s Not Just a Political Issue

The original travel ban in 2017 was highly politicized, with many criticizing the focus on Muslim-majority countries. However, those who look closer will find that it’s a security issue above anything else. Many of the countries on the current travel ban, and those expected to be added, don’t meet U.S. criteria for vetting nationals who seek to migrate to America.

Homeland Security Secretary Chad Wolf said last Friday that “For a small number of countries that lack either the will or the capability to adhere to these [security and vetting] criteria, travel restrictions may become necessary to mitigate threats.”

There’s little doubt that a new ban would be highly controversial, but many Americans will see the move as necessary for protecting national security.

The Supreme Court eventually upheld the President’s 2017 executive order after some modifications. Immigration will be a major talking point in the upcoming Presidential Election, and any announcement of an extended travel ban is likely to make huge waves publicly and within the political establishment.