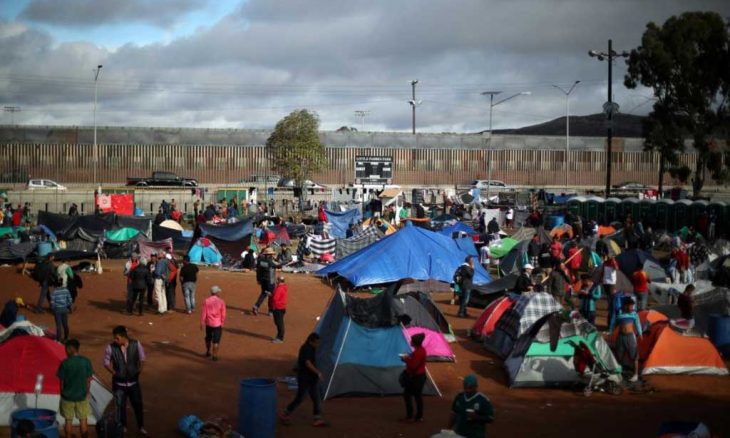 Tensions at the southern U.S. border increased during the weekend, as border agents fired tear gas on a group of migrants who attempted to cross during a protest. American authorities closed the border on Sunday in relation to the incident.

The migrant situation has been worsening in recent days as thousands of Central American asylum seekers have flooded into Tijuana, the Mexican city across the border from Southern California.

The incident began when protestors marched towards the U.S. border to appeal for expedited asylum requests. Mexican police tried to prevent the protestors from pushing towards the border but were overcome by migrants who then rushed an area protected only by a concertina wire.

A small group attempted to breach the border, after which U.S. border agents fired rounds of teargas. According to news sources, migrants attempted to climb fences, peel metal sheeting away, and open a hole in the protective concertina wire.

The Mexican Interior Ministry said that there were up to 500 migrants who attempted to enter the U.S. “violently”. Mexican authorities promised to deport those involved and reinforce security on their side of the border.

The port of San Ysidro closed temporarily on Sunday, preventing anyone crossing on foot, and causing hours of gridlock near the border.

A statement from the Department of Homeland Security said that the agency “will not tolerate this type of lawlessness and will not hesitate to shut down ports of entry for security and public safety reasons.”

Thousands of Migrants Still in Tijuana

There are currently more than 5,000 migrants in Tijuana, all of which seek asylum in the United States. The U.S. border at San Ysidro has minimal capacity to process asylum seekers.

Mexico’s Interior Ministry claims it has sent 11,000 migrants back to their nations since mid-October. Almost 2,000 of those were confirmed members of migrant caravans attempting to make their way to the U.S.

President Trump sent tweets on the weekend condemning the situation. On Saturday he said that “Migrants at the Southern Border will not be allowed into the United States until their claims are individually approved in court.” Trump also used twitter to lay responsibility on Mexico, saying that “Would be very SMART if Mexico would stop the Caravans long before they get to our Southern Border.”

This story will continue to develop into the week, and with more migrants arriving daily, tensions are only likely to increase.