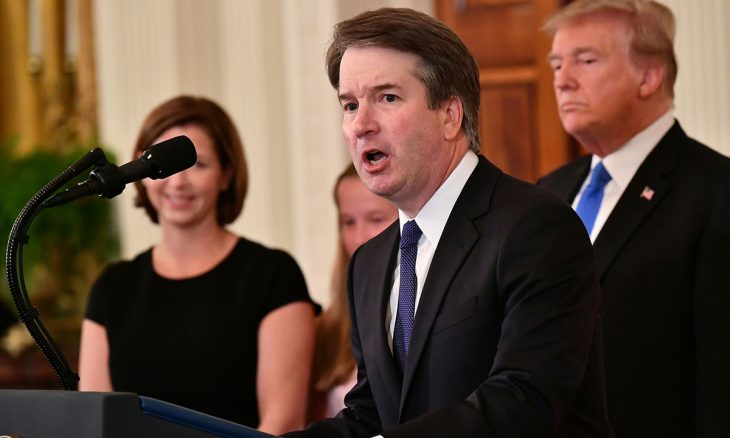 Brett Kavanaugh was sworn in as a Supreme Court Justice over the weekend, bringing an end to the politically charged saga of his confirmation.

Kavanaugh may be viewed as conservative and pro-business, but how much will his interpretation of the law change the way that it is served in America?

Kavanaugh is Conservative but Fair

Take religion and its interaction with the law as an example.

Kavanaugh has in the past written opinions where he opposed federal mandates that would force religious employers to provide health coverage for employee contraception. Brett Kavanaugh argued that federal mandates would unfairly cause organizations to act in ways that were contradictory to their religious beliefs.

In a 2010 DC District case where an atheist activist wanted religious references removed from Presidential Inauguration ceremonies, Kavanaugh stated that the role of religion in political ceremony was not discriminatory, saying “in our constitutional tradition, all citizens are equally American, no matter what God they worship or if they worship no god at all.” Kavanaugh said that “we cannot dismiss the desire of others in America to publicly ask for God’s blessing on certain government activities.”

Brett Kavanaugh, a devout Catholic, has always been moderate, yet respectful when religion is a key theme of legal cases. Some would argue that Kavanaugh prefers to maintain tradition without creating conditions that could be misconstrued as discrimination.

Brett Kavanaugh is Pro Business with a Hint of Libertarianism

In the Supreme Court, Kavanaugh will be called to weigh in on cases where the interpretation of the law relates directly to business and finance.

Kavanaugh has been critical of federal overreach and has sought to uphold the rights of businesses. He opposed net neutrality, stating that it violates the constitutional rights of internet companies. Kavanaugh has also opposed consumer agencies, claiming they have too much power vested in a single director.

However, despite having several pro-business rulings in his career, Kavanaugh has also sided with employees. In a 2013 Court of Appeals case on racial discrimination, Brett Kavanaugh wrote a concurring opinion that found Fannie Mae to have created a racially hostile workplace for one of its management staff.

Kavanaugh’s career has shown reserved judgements that are at times pro-business, and other times pro labor. The only key trend in his career has been his opinions that oppose government overreach – something that will resonate with many in the financial world and even the average voter.

Kavanaugh is now one Justice on a panel of nine. His well-informed and carefully considered interpretations of the law should not ring alarm bells for those who are concerned of a major sway in the justice system.