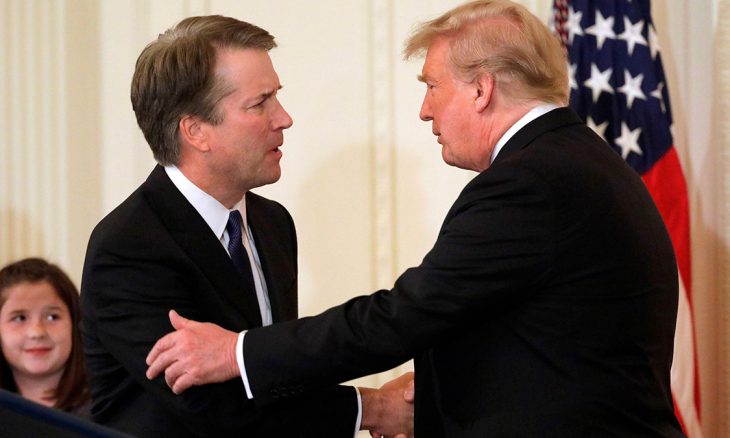 After a drawn-out controversy involving a decades old sexual assault allegation, Brett Kavanaugh has been confirmed by lawmakers and sworn in to the Supreme Court of the United States. Kavanaugh passed a Senate vote which was clearly divided along party lines. The final vote of 50 – 48 was cast before 4PM on Saturday.

Confirmation Process One of the Most Divisive in History

Kavanaugh’s confirmation process was bitter to say the least. Not only were Brett Kavanaugh perceived pro-business ideals and conservative leanings at odds with most Democratic Senators, but the eleventh-hour sexual assault allegations turned the process into a nationwide debate that was more partisan than any in recent memory.

The Senate Judicial Committee was forced to delay the confirmation process for a complete background investigation, in which no corroborating evidence was found to support allegations against the Supreme Court nominee. The Republican party was relieved that no evidence was found against Kavanaugh, while Democrats, as many expected, claimed that the FBI investigation was not thorough enough.

Regardless of the politics played out in the media and behind the scenes, Brett Kavanaugh will now hold a lifetime position in the Supreme Court, with no mandated age or conditions for retirement. Kavanaugh is the 114th Justice to be sworn into the highest court in the United States.

President Trump, who was initially reserved during the prolonged confirmation process, later came to the defense of Kavanaugh, and called the reliability of the sexual assault allegations into focus. After the vote, Trump said that “there were a lot of things happening that weren’t correct, they weren’t true, there were a lot of things that were left unsaid, and I thought I had to even the playing field. It was very unfair to Judge, and now I can very nicely say, Justice Kavanaugh. It was a very unfair situation. Once I did that, he started to sail through.”

Brett Kavanaugh Confirmation is a Boost to the Current Administration

President Trump’s Administration is currently on a high, having recently confirmed new trade deals with Europe, Mexico, and Canada. The confirmation of Kavanaugh’s another win for the Administration, which has pushed on to meet Trump’s election campaign promises despite partisan opposition and often skewed representation in the Media.

Brett Kavanaugh has displayed strong conservative leanings in the past which resonate with the Republican party and its voters. His decisions as a Judge have sometimes been strongly pro-business, which could turn out to be beneficial as the economy continues to grow.