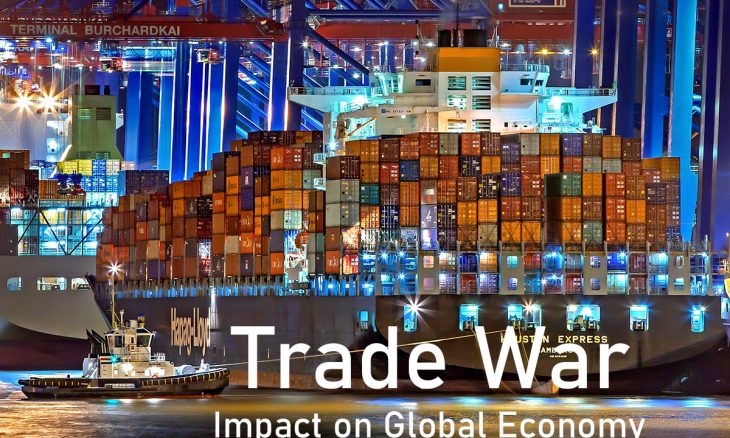 The ongoing trade war with China has led to significant tariffs and damage to economies on both sides. While the tariffs have been designed to protect American industries, the short-term losses have been hard for producers to absorb.

The tensions, which began in 2018, now threaten to impact the global economy. According to the head of the International Monetary Fund (IMF), losses related to tariffs could reach $700 billion by next year.

President Trump applied the first tariffs on China in early 2018. While the negative GDP impact in that year was estimated to be below $200 billion, it increased to nearly $400 billion in 2019. Tariffs have been applied by both China and the U.S., on products that range from pork and soybeans, to consumer electronics and garments.

Ahead of its 2019 World Economic Outlook report, the IMF has warned that the damage in 2020 could reach $700 billion.

Kristalina Georgieva, the sitting IMF Managing Director, said this week that “Everyone loses in a trade war. We see that they [tariffs] are actually taking a toll. Even if growth picks up in 2020, the current rifts could lead to changes that last a generation.”

Georgieva called for top politicians and bankers to push for change on key policies. She implied that China and the U.S. should address their differences and reach an amicable settlement, saying that “The key is to improve the system, not abandon it.”

In a warning sign to investors and politicians, Georgieva also predicted that global slowdown would affect 90% of markets this year and next.

How Bad is the Impact on American Producers and Consumers?

A global slowdown would have a tangible impact on American producers and consumers. The U.S. is the world’s second largest exporter by total value, falling behind China and coming in ahead of Germany. Slowed growth in international markets could reduce the demand for American products. This could weaken an already slowing manufacturing sector.

A combination of slowdown and tariffs will also hurt consumers. Tariffs proposed for this year will send the prices of basic consumer goods up, most of which come from China.

Chinese and U.S. trade officials are meeting this week to resume negotiations. While there’s no realistic estimate of when a deal could be reached, sooner rather than later is the best that investors can hope for.