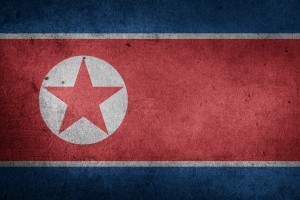 Although the United States and North Korea didn’t meet earlier this month in Singapore as expected, there is still a strong chance that the leaders of both countries will meet on neutral ground in the coming weeks. According to the U.S. Department of State, local officials have been in talks with their counterparts at South Korea’s Foreign Ministry, with a meeting between President Trump and Kim Jong Un likely to proceed at a later date.

The President was also forthcoming with news about potential talks, posting on Twitter this past weekend that “Our United States team has arrived in North Korea to make arrangements for the Summit between Kim Jong Un and myself. I truly believe North Korea has brilliant potential and will be a great economic and financial Nation one day. Kim Jong Un agrees with me on this. It will happen!”

Peace between North and South Korea (two countries which have technically been at war but in a ceasefire for decades), would be hugely beneficial for the North. Economic growth in North Korea would also reduce the need for foreign aid, and could potentially lead to a reduced United States presence in the region, allowing for strategic refocus or even cost cutting.

It is not hard to imagine why President Trump would be willing to engage with Kim Jong Un. Although it’s extremely early to speculate, successful talks and continued goodwill could eventually lead to denuclearization of North Korea, greatly reducing the burden on the military and allies like Japan and South Korea.

Will There Be an Impact on American Finance?

Investors might find it hard to draw a direct correlation between the Trump – Kim meeting and U.S. Markets, however, there is something there.

Eased tensions on the Korean Peninsula will put more investor confidence in South Korean businesses, as well as those based in Japan. Many of these businesses have close ties to American markets, particularly when considering electronics manufacturers and automotive companies. Exchanges in both Japan and South Korea are also popular for international investment by U.S. citizens, hedge funds, mutual funds and retirement funds, so, the political stability of the region does have a direct impact on U.S. finance.

News that President Trump may still meet with Kim Jong Un is a good thing, and it’s a story that Americans should watch closely in the coming weeks.