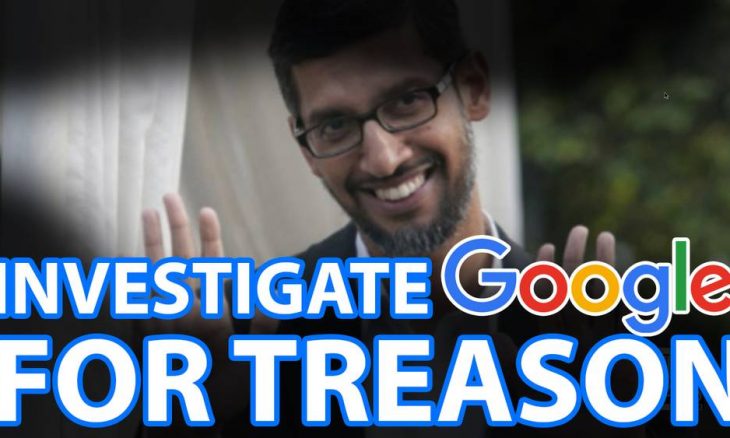 The tech industry has been under the spotlight in recent months, with lawmakers and analysts agreeing that the largest companies have too much power over personal data and how it is used. Companies like Facebook (NASDAQ: FB) have even come under direct investigation for mishandling private user data.

Now it appears that Google (NASDAQ: GOOGL) will be the latest company under the microscope, with President Trump pledging to “take a look” at allegations that Google has been working with foreign operatives.

Peter Thiel, a billionaire and prominent tech investor, told Fox & Friends this week that “The weird fact that’s indisputable is that Google is working with communist China but not with the U.S. military on its breakthrough AI technology.”

Thiel elaborated further, saying that “There’s probably a broad base of Google employees that are ideologically super left wing, sort of woke and think that China is better than the U.S. or that the U.S. is worse than China. It’s more anti-American than anything.”

President Trump took note of the interview and released a Tweet on Tuesday, pledging to investigate the allegations. He told his followers that Thiel is “A great and brilliant guy who knows this subject better than anyone! The Trump Administration will take a look!”

The President offered clarity when speaking to reporters at the White House, saying that “It’s a big statement when you say that Google is involved with China in not a very positive way for our country, so I think we’ll all look at that. I know that our other agencies will be looking at it. We’ll see if there’s any truth to it.”

Trump noted that he could involve the Attorney General to identify whether there is any basis to the accusations against the tech company.

A New Message Regarding Google

Google’s CEO Sundar Pichai met with President Trump in March to discuss the company’s operations in China. Trump said in a tweet following the meeting that Google was “Totally committed to the U.S. Military, not the Chinese Military.”

With the new accusation against Google, the President could be ready to change his stance.

On Google’s part, the company has denied any wrongdoing and said in a statement this week that it does not work with the Chinese military. The statement also pointed out that Google works closely with the U.S. government and the Department of Defense.

Google’s stock price has increased 10.38% year to date, trailing most of the major tech companies. Stock may become volatile this week as more is revealed about the current story.