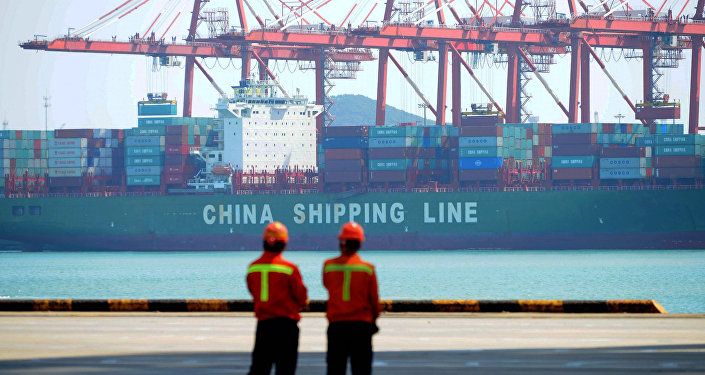 As we move even deeper into the ongoing government shutdown, surprising trade news has emerged. The Wall Street Journal has reported that the U.S. Treasury Secretary is considering the lifting of some or all Chinese tariffs in the first quarter of this year.

According to the Journal and its unnamed sources, Secretary Steven Mnuchin could potentially offer China a rollback on tariffs in exchange for concessions from their side. If the Treasury were in fact considering a strategy like this, it could help to speed negotiations and ensure a swift resolution for the trade war that is now in its second year.

No Confirmation from Treasury

The Journal reported that Robert Lighthizer, the current U.S. Trade Representative, is not on board with the idea. It was also noted that no recommendation or proposal has been given to the President at this stage.

While the news injected some confidence into the stock market, the Treasury was quick to dismiss the report. An official statement released on Thursday said that “Neither Secretary Mnuchin nor Ambassador Lighthizer have made any recommendations to anyone with respect to tariffs or other parts of the negotiation with China. This is an ongoing process with the Chinese that is nowhere near completion.”

Despite the denial from the Treasury, investors are still not ruling out the possibility that the news is authentic. The Wall Street Journal is generally considered to be a reliable source of political and financial information.

The Clock is Ticking on Chinese Tariffs Trade Negotiations

News that the Treasury would be considering a tariff deal is not unfeasible. Time is running out on President Trump’s March 1 deadline for a new trade agreement. If there is no draft by the end of February, the administration could apply new tariffs of 25% on up to $200 billion worth of Chinese goods.

Negotiations will continue this month, with the Chinese Vice Premier visiting Washington on January 30 and 31. The previous round of negotiations was reportedly productive, with both the U.S. and China setting out a roadmap for key issues.

The ramp-up of face to face negotiations is good news for both sides. The trade war has been prolonged and expensive, costing producers, consumers, and investors. Any strategy that leads to a new trade agreement would be well received.